Writing for ​Paddy Power, Petit discussed his feelings towards Messi’s performances at the ​World Cup so far, saying: “

“I don’t feel sorry for him, either. When things don’t go well for him, he’s always down on the pitch, he shows no reaction. 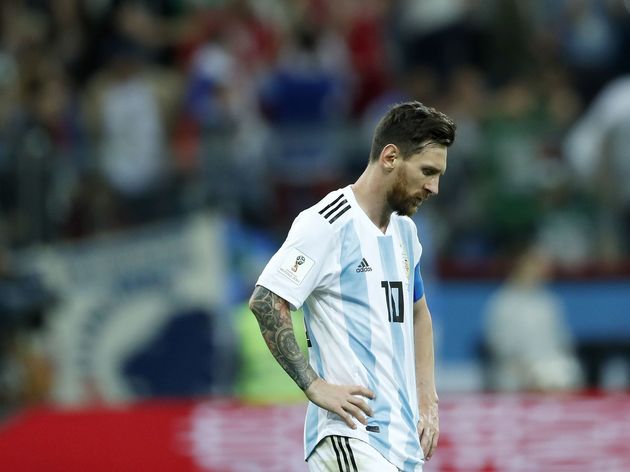 “He’s not a leader. He’s no Ronaldo in that regard. Messi is one of the best players ever, but he needs to show that mentality.

“He needs to wake up! When things go well with ​Barcelona he’s a terrific player. We’ve seen it in the ​Champions League though, when things don’t go well, he can disappear on the pitch. He’s not there anymore.

“He’s not running, he’s walking. He’s not concerned about the ball. Come on man.” Despite his criticism of Messi, Petit believes that he is not solely to blame for Argentina’s lacklustre displays.

“The whole team’s body language was so poor, they’ve no confidence and no trust between each other. The way they looked, I cannot see Argentina qualifying now.

“It would be a shame to see them qualify, because against Iceland they looked terrible with no inspiration. “The manager, Jorge Sampaoli, has made so many mistakes since the start of the tournament, in choosing his team, making substitutions, just everything.

“You remember so many Argentina teams with great players in the past, but this team is so far from those. I’m not that surprised though, I’ve been saying it since before the World Cup that there was no chance they would win it because of that defence.”

Argentina find themselves bottom of Group D, and need a victory over Nigeria to have any chance at qualification. Even with a victory, Argentina will also be watching Iceland’s clash with Croatia, knowing that a convincing win for the Icelandic side could eliminate Argentina, regardless of their performance.