A large group of Iran’s supporters did not want to leave anything to chance ahead of tonight’s Group A match against Portugal, so they decided to take matters into their own hands on Sunday night as they crowded outside of Portugal’s hotel with loud music and vuvuzelas in hopes of thwarting the team from getting their much needed sleep.

Iran know that a win against Portugal will see them qualify for the round of 16, whereas Portugal only need a draw to advance. However, the Navigators will be aiming to win the match in order to finish above Spain and top the group with the intentions of getting an easier draw in the next round.

As such, this game carries massive implications for Iran, and their fans know that throwing off Portuguese talisman Ronaldo is there best hope in getting something from the game – thus the late night antics.

This tactic is not new, it has been done many times before with the same intentions. In fact, this is not even the first time Ronaldo has had to deal with a disruption the day before a match.

Back in March, PSG trailed 3-1 following the first leg of the Champions League, and fans knew that PSG was not in a good position to win so they decided to storm the hotel that ​Real Madrid was staying at in order to cause a disruption.

Cristiano Ronaldo from his hotel window telling Iranian fans to be quiet so he can get some sleep before Portugal vs Iran tomorrow.
pic.twitter.com/kDCWKuWIQX

Footage above shows the

The group of screaming fans stayed for several hours, eventually causing police to block off roads near the hotel. Fans were eventually told to leave the 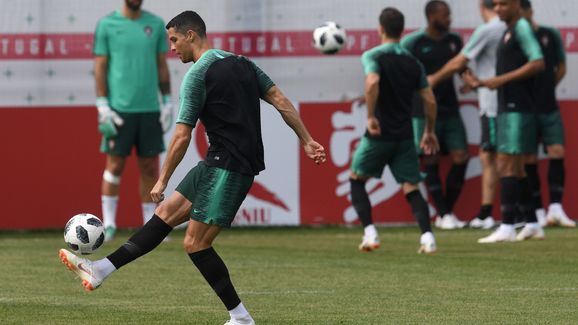 Iran will aim to slow down the fast-paced attack led by Cristiano Ronaldo, as they hope that the Portuguese star’s sleep deprivation will give them an edge. The four-time Champions League winner continues to prove he is one of the greatest players ever, already claiming four goals through two games at the World Cup thus far.