There are mixed reports as to the reasons why the Fekir deal fell apart but that is one that certainly seems to be dead in the water. Liverpool fans are not reeling over the news though as Klopp has moved on to one of his secondary targets – Spanish international Isco. 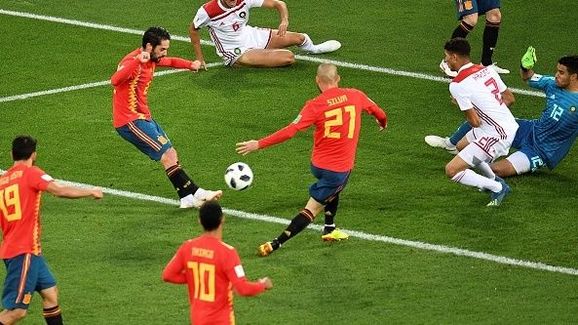 The Real Madridplaymaker is already a well-known name across Europe but he has endeared himself to the Liverpool faithful with his recent World Cup displays for Spain.

Isco got on the scoresheet Monday night with a stand out display in Spain’s final Group B game with Morocco. It wasn’t the most convincing performance from La Furia Roja as they drew 2-2 with the African side, but Isco certainly made the headlines for his country.

Liverpool fans took to Twitter to respond to Isco’s performance. Here’s what they had to say:

ALL. THAT. COUTINHO. MONEY. ON. ISCO @LFC

I would give anything to have Isco at LFC

Isco wow. Can we hav him @LFC.

Isco is valued at £65m but it’s believed Real Madrid will likely hold out for more as he is currently one of their first team players. They have plenty of talent in their ranks that could fill in that position should Isco leave though, so that is not thought to hold up the deal, so long as Madrid’s valuation is met.