Colombians are making a habit out of impressing Real Madrid during the World Cup.

Back in 2014, it was a certain James Rodriguez who left the Spanish side’s scouts scampering back to present their data, while Keylor Navas also earned himself a move to the Bernabeu with his performances between the sticks at the tournament. 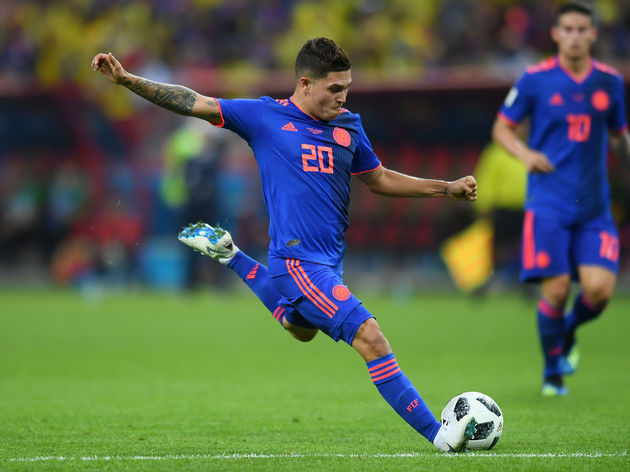 This time around, though, their international teammate Juan Fernando Quintero is the one garnering interest from the Champions League holders.

According to Spanish source Diario AS, the Spanish supremos have contacted Portuguese outfit FC Porto over a potential deal for the attacking midfielder.

The No.20 has been one of the best performers in Jose Pekerman’s Colombia side over their two opening matches. And, as AS would have it, the folks at Real are paying close attention.

Quintero, 25, has played under Julen Lopetegui in the past. The new Madrid boss worked with him during his Porto days and could be keen on reuniting with the player, who is currently on loan at Argentinian side River Plate.

The Colombian joined the Portuguese side in 2013, having come in from Italian side Pescara, and he could be nearing what may very well be a dream move to one of the biggest clubs in world football.

With Mateo Kovacic looking to force an exit this summer, Madrid could be looking to bring him in as a replacement. But if a move is to be made, the Spanish side would also have to consult River Plate, who do hold the option to buy him for €4m at the end of the loan period.