Brazil fans will be holding their breath after Marcelo was forced off during their final ​World Cup group game against Serbia.
​
​Just eight minutes had been played before the drama unfolded, with Real Madrid full back putting the ball out of play straight from a goal kick to receive treatment. Just seconds later, cameras showed Marcelo seemingly in some discomfort, holding his leg and almost in tears with little indication to what caused the injury.

At first there was some confusion as to what the problem was with Brazilian medics waiting by the sidelines to attend too Marcelo, however it was soon evident that the problem was worst than first thought when Felipe Luis was called upon by Tite to replace the full back.

​Marcelo then headed down the tunnel with the medics for further evaluation, with matters not looking good for the defender.
​
​He played all 180 minutes of Brazil’s opening two games at the World Cup – a 1-1 draw with Switzerland followed by a dramatic 2-0 win over Costa Rica – and is seen as a vital part to Tite’s Brazil side who were tipped by many prior to the tournament to go all the way and win the competition. 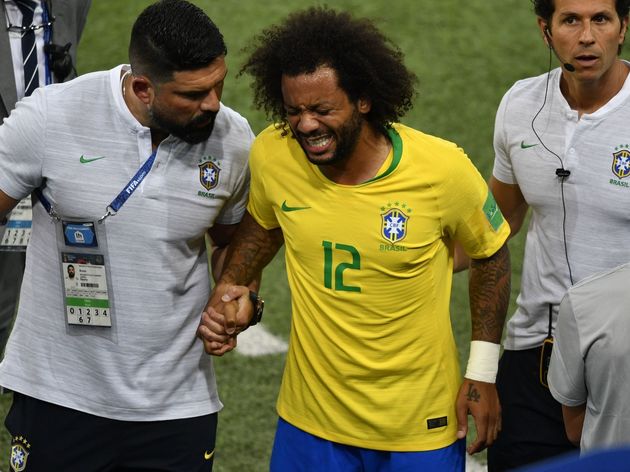 Marcelo headed into the tournament coming off the back of winning his third consecutive Champions League title with Real Madrid which was also in turn his 19 trophy won during his time in the Spanish capital. Let’s hope he has a speedy recovery, and that he gets back to action soon.​