The 29-year-old ​forward has been an integral player for the Bundesliga champions since joining from rivals Borussia Dortmund in 2014 on a free transfer, scoring 106 goals in 126 league games. 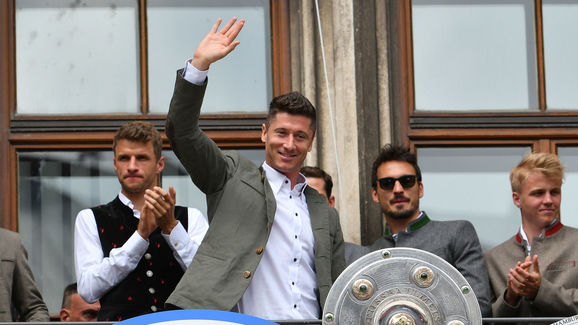 However, despite winning seven major honours in four years at the Allianz Arena, Lewandowski’s agent stunned the footballing world by stating that he is looking for a new challenge.

Yet Kovac, who spoke for the first time as Bayern’s new coach on Monday, said that he has already contacted the Poland captain is looking forward to teaming up with him ahead of the new Bundesliga season in August. Kovac ​told the media, “I called him [Lewandowski] and told him my point of view. I look forward to having him on my team.

“He is a great player, a world class striker who has done a lot for the club and will do a lot in the future.”

Lewandowski has yet to comment on the conversation he had with the new Bayern Munich boss, with the striker currently on holiday following his country’s disappointing group stage exit from the World Cup in Russia.

Sky Sports had claimed that he appointed agent Pini Zahavi as his representative with the sole intention to secure him a move away from Germany.

And Zahavi, who has previously been involved with controversial transfer sagas such as the tapping up of Ashley Cole by Chelsea in 2006, told German news outlet Sport BILD in May: “Robert feels he needs a change and a new challenge in his career. The bosses at Bayern Munich know about this.”

The Croatian said: “I want to get to know the players, new and old, and the youth players too. We don’t have a full squad so we’ll fit in with youth players for now.”