​The talk of the week, in between all of the World Cup drama, has been the rumours of ​Cristiano Ronaldo making the move to Turin to join Italian league champions ​Juventus.

Juventus have become an indomitable force in Serie A, having now won the Scudetto in the past seven seasons consecutively.

Cristiano Ronaldo, meanwhile, has made himself the expert force on European success with Real Madrid. In May, he won a record fifth Champions League title for himself, and a third consecutive for his club. Together, it would be reasonable to presume, the Italian giants’ European woes may finally be behind them.

Juventus last won a European trophy when the lifted the Champions League in the 1995/96 season – over 20 years ago now. Even at the age of 33, Cristiano Ronaldo shows no signs of slowing down or approaching the twilight years of his career any time soon, so the Italian champions could capitalise massively.

They have an immensely talented squad, with a remarkably deep talent pool of youngsters ready to offset the senior squad too, but for whatever reason they just seem to lack that extra, necessary spark in Europe.

Perhaps it is because of a lack of one real, standout talent, who can make a difference for La Vecchia Signora in the clutch moments. 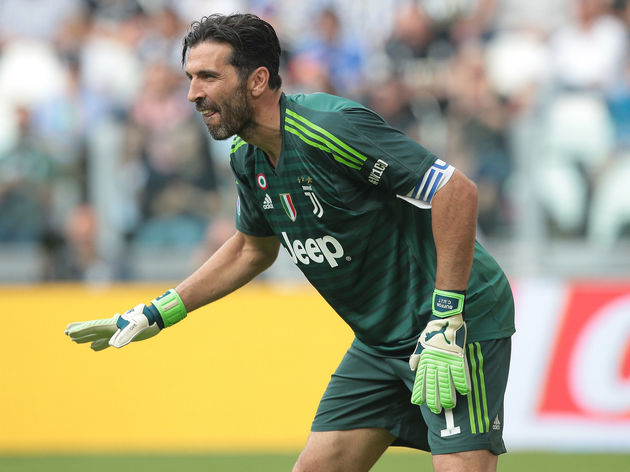 There is no denying who the Juventus talisman has been for the past few years: Gianluigi Buffon.

He’s been incredible, and a world class goalkeeper like that can keep you in matches and win you games, but it doesn’t typically drive you to European glory.

Instead, what is required is a larger-than-life figurehead upfront. Someone who, when the game isn’t going your way or things aren’t coming together, can hoist the team and the match itself onto their shoulders and carry their side to glory. Cristiano Ronaldo is the type of player who can do that.

He lives, breathes and exists for football. For victory. For glory.

Should he move to Juventus, the Portuguese playmaker isn’t going to be content settling for just reaching the latter stages of European competitions. He’s going to be wanting to continue raising the ultimate prize in his hands at the end of each season.

Especially now, having missed out on one of his most sought-after prizes for another four years. Despite showing his individual brilliance throughout his appearances at the tournament, his Portugal team crashed out of the World Cup far earlier than he would have wanted.

He lifted the European Championship in 2016 with a side not deemed particularly impressive, so to go out as early as he did in these tournament finals, he is going to be determined to prove any potential critics wrong next season. Ronaldo is a perfectionist in every sense of the word. The World Cup exit was a blemish, and one he will want to bury down deep beneath further successes.

At Juventus, he all but knows he’d have the Serie A title wrapped up. Juventus have managed it for the past seven years without fail, without his quality – and make no mistake, that is exactly what he adds to the team, quality.

Italian cup competitions would be nice bonuses, but they would matter little to him. It would just leave the European glory remaining – and as such, you could guarantee he would be driving I Bianconeri forward in every match.

Juventus are difficult opposition to have to face in Europe even now, without Ronaldo. They’ve got a talented side and they can cause real problems, but they’re manageable. It’s tough, but they can be beaten. With Ronaldo leading the line, it becomes a very different prospect.

Will he leave Real Madrid to join the Italian champions this summer? Nobody can say for definite. However, if Juventus are truly serious about lifting the top European trophy next season, then they should be readying their cheque books to whatever cost is necessary.