Pace has gathered in recent days after it was initially alleged in Spain that Juve had submitted a €100m bid for Ronaldo. Sky Sports later chimed in with their own sources to claim that Real were actually ‘considering’ the offer rather than rejecting it out of hand.

Now, AS has reported that Ronaldo has already had a ‘total agreement’ with Juve over personal terms ‘for weeks’ and will accept an annual salary of €30m to move to Italy. The 33-year-old is said to be ‘fully determined’ to leave Los Blancos in the ‘coming days’.

AS notes that the only thing left for this monumental potential deal to go through is an agreement between the two clubs over the formal transfer fee.

It would appear that Perez is keen on learning what Ronaldo’s true wishes are. But, according to Marca, the Portuguese veteran is ‘ more likely to leave than not’ and cites only the feeling of being unwanted and his soured relationship with Perez as factors, not money. 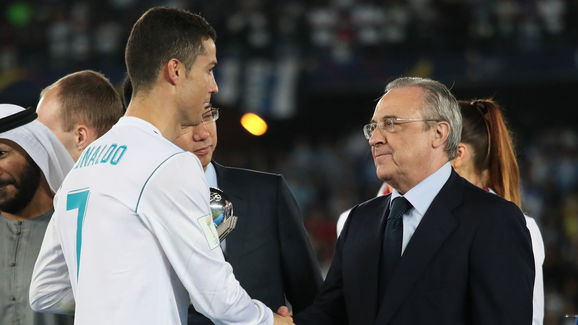 Ronaldo finished the 2017/18 with the fifth Champions League title of his career, his fourth with Real. And, despite Portugal’s elimination from the World Cup in the first knockout round, he is favourite to win the Ballon d’Or this year, his sixth overall and one better than Lionel Messi.