Ronaldo’s world record £80m move from Manchester United, where he had spent the previous six seasons developing from inconsistent teenager to Ballon d’Or winner, was agreed in June 2009, but it was 6th July when he finally stepped out as a Real player for the first time. 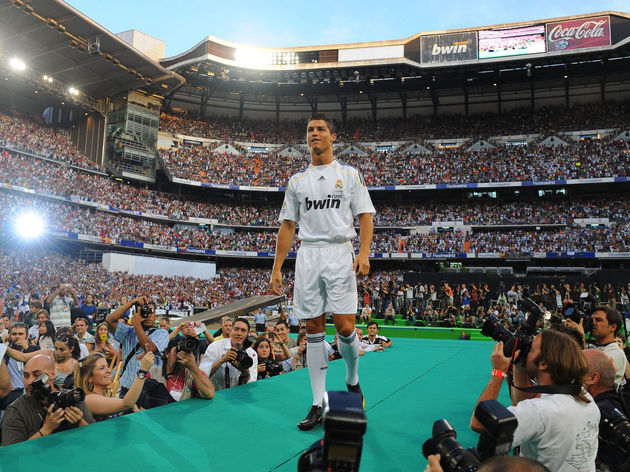 Dressed in full Real kit, the Portuguese was greeted by 80,000 fans at the Bernabeu and performed the customary waves and kick-ups that have become Galactico tradition.

“Part coronation, part Papal Mass, with a dash of rock concert thrown in. Eighty-five thousand Real Madrid fans on Monday night attended the church of Cristiano Ronaldo at the Bernabeu before 50 or so delirious stage invaders chased him from it. It only served to add to the atmosphere. This was the ascension of Cristiano,” was the description from journalist Rory Smith in Madrid that day.

“This is the completion of my boyhood dream, to be a Real Madrid player,” Ronaldo said as he addressed his adoring public. 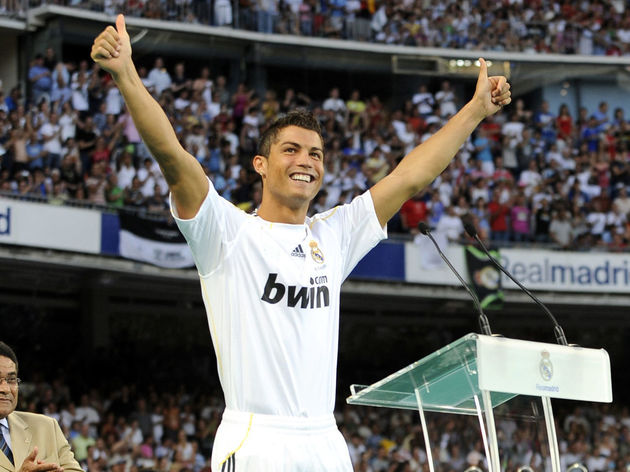 Hard as it may be to remember now given the scale of the CR7 brand, he was wearing the number nine shirt at the time. For one more season, Real’s number seven would still belong to club captain and Madrid legend Raul.

Over nine years, Ronaldo has done for Real what even the most optimistic Madridistas could have dreamed of. He helped deliver the elusive Decima in 2014, adding an 11th, 12th and now 13th continental title to further cement the club’s place as undisputed kings of Europe.

He has broken countless records, including surpassing Di Stefano and then Raul, in the goal standings to become Real’s leading scorer of all time. To date, Ronaldo has netted 450 goals in Real colours, remarkably in only 438 games, a new benchmark that will almost certainly never be broken.

He has collected four Ballon d’Or awards as a Real player and his achievements with Los Blancos last season are sure to bring a sixth overall come December, breaking the his own current joint record of wins and bettering Lionel Messi. If Ronaldo really is to join Juventus in a €100m deal this summer, something that is looking increasingly likely, his nine years at Real will never ever be forgotten.