​Cristiano Ronaldo has reportedly spoken to former ​Real Madrid manager Carlo Ancelotti about what life is like in Italian football.

This comes from a report by Sky Sport Italia (via AS), who report that Ronaldo consulted his former coach – now the manager of ​Napoli – ahead of his heavily rumoured move to ​Serie A champions, ​Juventus.

Cristiano Ronaldo has already accepted Juventus contract bid: €30M/season until June 2022. CR7 is now waiting for Real Madrid to let him go and find the total agreement with Juventus. Mendes is working on it. ⚪️⚫️ #transfers #CristianoRonaldo #CR7 #RealMadrid #Juventus

Reports have been circulating for some time that Juventus had made a move for Ronaldo, and momentum seem to be gathering pace on a daily basis.

However, the Italian champions are confident that Florentino Perez will accept their €100m offer and are prepared to offer the five time Ballon d’Or winner a four-year contract to play his football in Turin.

The Juventus hierarchy are said to remain in contact with Ronaldo’s agent, Jorge Mendes, and are waiting for a deal to be agreed with Real Madrid.

“If he left the Blancos, it would simply be a new stage and a new challenge of his extraordinary career,” Mendes ​said recently.

“If he leaves, he will be eternally grateful to the club, president, executives, medical staff, company employees, supporters and all the Madridistas around the world.” 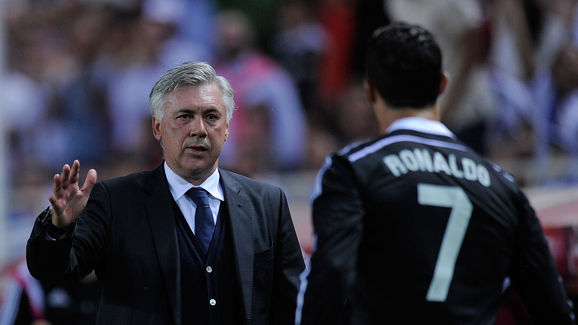 Ancelotti is the perfect man for Ronaldo to consult about the move, having officially started work as the manager of Napoli at the beginning of this month. Napoli finished second behind Juventus in Serie A last season, so there could be a big rivalry between former player and manager, if Ronaldo does make the move to Italy.