La Liga giants Real Madrid have held talks with Lazio midfielder Sergej Milinković-Savić’s agent ahead of a €155m transfer this summer, according to reports in Italy.

The Serbia international has been one of the most talked about players this summer following a stellar campaign in the Serie A, where he scored 14 goals and claimed nine assists.

Milinković-Savić has been heavily linked with a move to some of Europe’s biggest clubs ahead of the World Cup, with rumours about his future set to increase following Serbia’s elimination from the tournament in Russia.

Italian media outlet Corriere dello Sport (via AS) claims that officials from Real Madrid have held talks with Milinković-Savić’s agent and former Chelsea striker, Mateja Kežman. It is suggested that Los Blancos have already presented the 23-year-old with a contract offer.

By the way, if you weren’t up early in the USA to watch Serbia, or have never seen Sergei Milinković-Savić, catch him next time. Think we’re looking at player who could very soon be one of the world’s finest.

Manchester United and Juventus have been heavily linked with a move for Milinković-Savić too, but the lure of football at the Santiago Bernabéu is understood to be enough for Real Madrid to fend off competition for the Serbian’s signature. 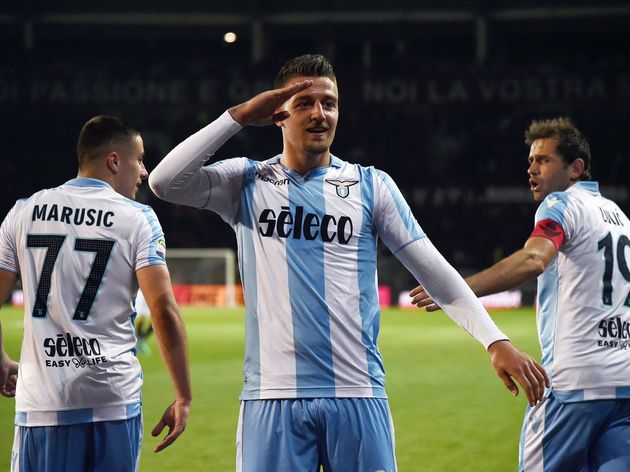 However, a move for the two Parisian stars have been put on hold until the future of Cristiano Ronaldo has been sorted out. The Portuguese winger is supposedly on the brink of a move to join Italian giants Juventus.