Real Madridsuperstar Cristiano Ronaldohas to join Juventusthis summer if he wants to be selected for the next World Cup, according to his former teammate Patrice Evra.

The Frenchman, who featured alongside Ronaldo during their time together at Manchester United, joined the Bianconeri as the twilight years of his career started to close in, something which Evra credits for prolonging his time on the pitch. 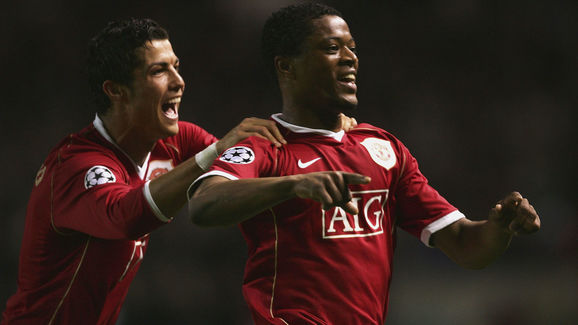 And the 37-year-old has urged his former teammate to also seek a move to Turin if he wants to be selected in Portugal’s World Cup squad in 2022.

Evra encouraging Cristiano to sign for Juve. What a lad. I can finally forgive him for playing the seed in Pogba’s head to go back to United.

“I thank Juve, because if after Manchester I continued to win and to run, it was thanks to Juve. So, Cristiano, I tell you this: make the right choice. You know how much the Italians love you, but it’s a sacrifice. If you go to Juve, it’s to work and to work hard. This lot don’t know what a vacation is.

“But that’s the choice. Either you want to continue playing until 2050 or just carry on for a bit. I can tell you this. If you go to Juve, you’ll be at the next World Cup not as a mascot, but as a protagonist.”

Evra spent a total of three years on the books at Juventus after his eight-year spell with Manchester United ended in 2014. The Frenchman made a total of 82 appearances for the Bianconeri, scoring three goals and claiming seven assists.