French wonderkid ​Kylian Mbappé has confirmed that he will stay at Paris Saint-Germain for the 2018-19 season.

The 19-year-old moved to clarify his future after ​heavy speculation linking him with a move to European champions ​Real Madrid in recent weeks.

Mbappé won the FIFA World Cup Young Player Award – standing out head and shoulders above other potential candidates – having scored four goals in the tournament as he helped his side become world champions by ​defeating Croatia on Sunday.

He became only the second ever teenager to score in a World Cup final, after Pele netted for Brazil in a 5-2 victory against Sweden way back in 1958.

Despite heavy rumours linking him with a move to Real Madrid to replace ​Cristiano Ronaldo, Mbappé has confirmed that he has no plans to leave Paris. 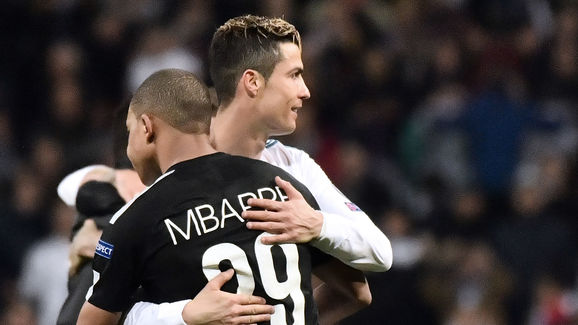 The youngster scored 21 goals in 44 games across all competitions for PSG last summer, having been on loan from Ligue 1 rivals AS Monaco – in a move that was made permanent this summer, following a stunning season that saw him win the treble in France, as well as the World Cup.

“Only the second teenager to have scored a goal in a #WorldCupFinal!” Pele wrote. “Welcome to the club, @KMbappe – it’s great to have some company!”