Chelseahave agreed to let star stopper Thibaut Courtois leave for ​Real Madridthis summer after accepting a €35m bid, according to reports in France.

The Belgian was the standout keeper in this year’s World Cup, capturing the tournament’s Golden Glove following several impressive outings between the sticks. And with Real Madrid having lost out in the chase for David de Gea, who has signed a new deal with Manchester United, they’ve switched their attention to the Chelsea man.

€35m agreement between Chelsea & Real Madrid for the transfer of Thibaut Courtois, 4-year contract, according to RMC.

​RMC are now reporting that the transfer to Madrid is a done deal, with the Blues having accepted €35m for the stopper, who will sign a four-year deal with Los Blancos.

“€35m agreement between Chelsea & Real Madrid for the transfer of Thibaut Courtois, 4-year contract, according to RMC,” Get French Football News tweeted on Tuesday.

Courtois recently suggested that Chelsea would likely have to improve their wage offer if they want him to stay as his performances in the World Cup have increased his value. 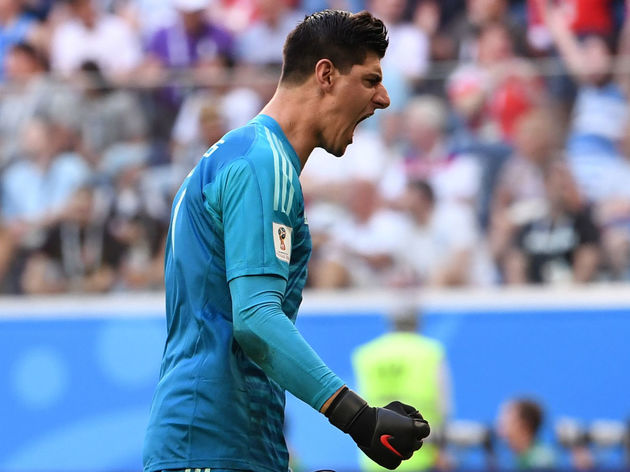 “I will go back and I will see what they want and how they say it,” he said after the tournament ended. “Obviously, with this World Cup, I think what was on the table is different than what I can have.

“In this World Cup, I have ignored all the speculation, all the rumours. But now, in the next few days, I will have a chat with my agent and see what Chelsea told him, and then we will talk. But I feel happy at Chelsea, it’s not that I necessarily want to leave.”