Croatia’s achievement should not be underestimated, and spearheading their unlikely charge was Luka Modric. Often underappreciated despite being one of the greatest midfielders of his generation, Croatia’s first appearance in a World Cup final should see Modric established in an elite group of midfielders once his illustrious career winds down to a close.

A World Cup win would have seen Modric’s legacy compared to the likes of Andres Iniesta and Andrea Pirlo – both of whom won World Cups throughout their storied careers, although both did so with a team of a similar calibre to France.

Modric has shown the world what he can do when surrounded by superstars, and should already be considered among the best midfielders to ever play the beautiful game. A trophy cabinet of four Champions League titles in five years with Real Madrid has seen the Croatia captain receive plaudits – but despite being a fixture in their recent Champions League success, Modric always seemed to be overshadowed by another superstar. 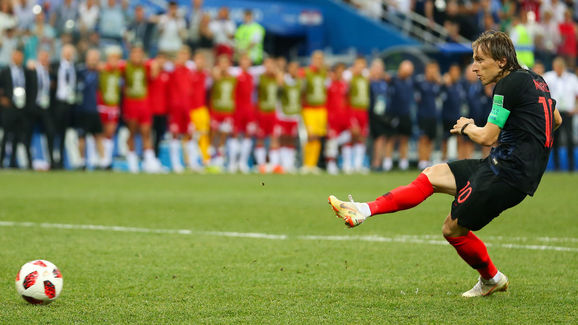 And while Ronaldo was destroying goalscoring records and Sergio Ramos was commanding the defence, Modric was ever-present in midfield alongside Toni Kroos. Modric’s accolades now include a World Cup Golden Ball after his impressive individual performances were finally recognised.

Argentina were outplayed by Modric and Croatia in the group stages, with the midfielder deployed further forward in a number 10 role. Modric’s outstanding performance was capped with a superb goal in a victory that showed that Croatia meant business at the World Cup.

And in the knockout stages of the tournament Modric played 120 minutes against Iceland and Denmark and 119 minutes against England. Pulling the strings from midfield and playing a starring role in every game, Modric almost pulled off the impossible. 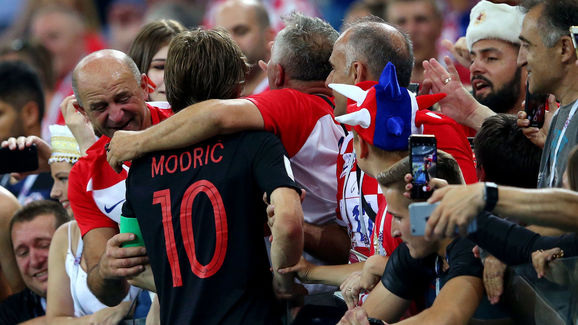 He showed no signs of slowing down in the final against France as Croatia were arguably the better team over the 90 minutes, but it was ultimately not enough to pull off a shock victory.

And although his career will not be capped off with a World Cup victory for his small country, his herculean performances in Russia has solidified his status as one of the greatest midfielders of this generation.