​​Juventus superstar ​Cristiano Ronaldo is set to pay a staggering €19m tax avoidance fine to the Spanish Tax Authority, after reaching an agreement following a much publicised investigation into his financial affairs.

According to AS, the Portuguese international will also be sentenced to a two year suspended prison sentence, which he will not have to serve if he pleads guilty to four tax crimes.

The €19m settlement was originally reached with Spain’s Inland Revenue, but had to be reviewed by the new directors following the recent change of government in Spain. 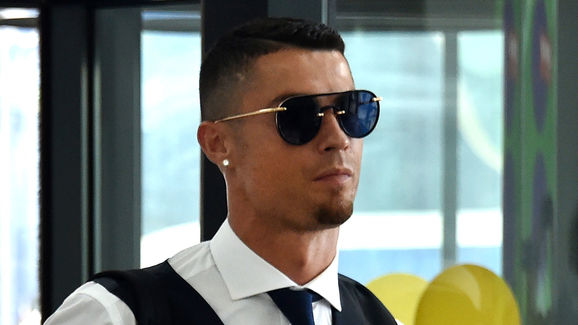 Ronaldo first came under suspicions of financial foul play last June, and was accused of failing to pay nearly €15m in taxes generated from money earned by his lucrative image rights income. It is widely believed that the 33-year-old’s run ins with the law were major contributor towards his decision to leave ​Real Madrid, as he looks to start a fresh chapter with Juventus.

The former Sporting CP prodigy joined the ​Serie A giants earlier in the summer, making headlines across the world with his €100m move to the Turin side. With his financial troubles now appearing to be coming to an end, a rejuvenated Ronaldo is set to take the Italian top tier by storm, as he looks to help his side win their eighth league title on the trot.

Meanwhile, ​Juventus are believed to be playing hardball with Chelsea over their defender Daniele Rugani. According to the player’s agent, the Blues are highly interested in securing his services, but has also claimed that neither the club nor the player have expressed a desire to make the deal happen any time soon.