​New ​Real Madrid manager Julen Lopetegui is set to hand 21-year-old midfielder Dani Ceballos a chance to impress this season with a more prominent role in the club’s midfield.

With Luka Modric now 32 and having just a few more years of top-tier football ahead, as well as Mateo Kovacic looking to leave the Bernabeu, there will soon be a void in the midfield of the Spanish giants which will need filling. According to Spanish outlet ​Marca, Lopetegui is prepared to take a chance on Ceballos this season and give the young midfielder a chance to prove he can be a key player for Madrid going forward.

Lopetegui has previously worked with Ceballos as coach of the Spanish Under-21 side and the manager is aware of the midfielder’s strengths, making him the ideal manager to hand him genuine first-team opportunities. Ceballos joined Madrid last year from Real Betis, making just 12 ​La Liga appearances and 22 in all competitions as more of a bit-part player for Los Blancos.

However, so strong is Lopetegui’s trust in Ceballos that he is prepared to take the risk of not signing another midfielder should Kovacic leave the club, as he believes that he has already found the Croatian’s long-term successor. 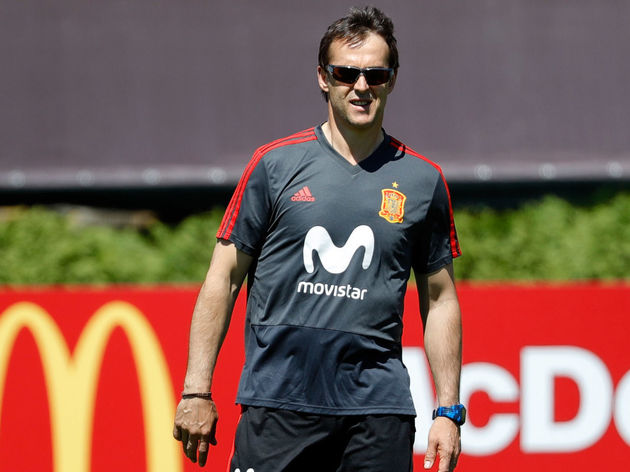 Lopetegui joined the club this summer under controversial circumstances, having not informed the Spanish FA of his discussions with the Champions League winners, despite being under contract as manager of the Spanish national side.

The ensuing dispute saw Lopetegui sacked as Spain manager just two days before the country’s first World Cup match, with La Furia Roja going on to be eliminated by Russia in the round of 16.