​​Manchester United remain in the hunt for Lazio midfielder Sergej Milinkovic-Savic, with ​​Juventus and ​Real Madrid among the other potential destinations for the Serbia international as his agents attempt to engineer a summer move for the player.

According to ​CalcioMercato, Milinkovic-Savic’s agents would like to see the midfielder playing for a more competitive side than Lazio after the club missed out on Champions League qualification in 2017/18, but are waiting for an acceptable offer to arrive from a top club. 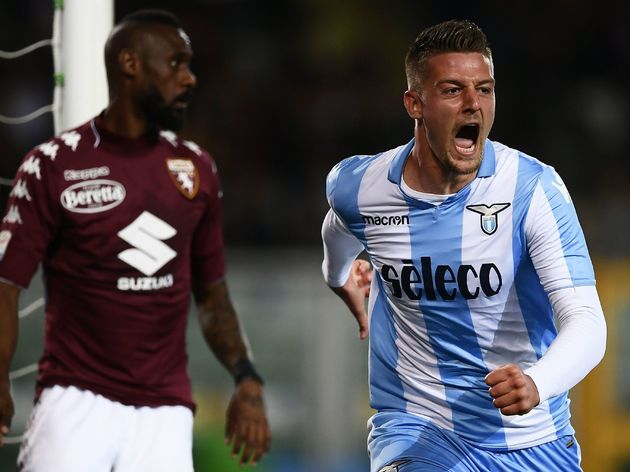 United are reportedly preparing a sizeable offer for Milinkovic-Savic’s signature, which could potentially be funded by the sale of Paul Pogba to ​Barcelona, but will be aware that time is running out if they wish to land the Serbian midfielder before the British transfer deadline on Thursday afternoon.

Fellow Italian side Milan are rumoured to have approached Lazio too but their offer for the 23-year-old, which would see them take him on loan for the next year, was not considered to be satisfactory by Lotito or the rest of the Lazio hierarchy.

Milinkovic-Savic joined Lazio in 2015 from Belgian side Genk and has gone on to make more than 100 appearances for the club. He made his Serbia debut in 2017 and represented his nation at this summer’s World Cup in Russia.