Starting off their competitive campaigns in Estonia this Wednesday are ​Real Madrid and ​Atletico Madrid. Finishing 2nd and 3rd respectively last season, both will want to challenge ​Barca in ​La Liga this year.

However, league finish has nothing to do with qualifying for this match, as it pits two of Europe’s finest from last term. A third Champions League title in a row for Los Blancos has put this squad down in history. With talisman ​Cristiano Ronaldo departing to ​Juventus this summer, it’s now somebody else’s turn to pick up the mantle. As the Spanish transfer window runs longer than the English, both teams have plenty of time to get more business done. It’s been suggested that new Real boss Julen Lopetegui would like two signings, one being a forward. With Eden Hazard and ​Kylian Mbappe transfer talk circulating, will the Spanish giants replace Ronaldo or give others already at the club a chance?

It’s Los Rojiblancos who have done their business early however, with the club record signing of Thomas Lemar from Monaco for a reported £63m. The astute signings of Rodri, Gelson Martins, Nikola Kalinic and Santiago Arias have also been brought in to bulk up the squad.

Hoping to challenge for more silverware this season, the current Europa League holders will debut their new metal against the most hated of foes. Coveting an elusive Champions League title more than all, Alteti go up against the team who’ve beaten them in two of the last five finals.

Here is all you need to know ahead of the clash:

These clubs have had differing pre-season campaigns. Real went on a United States tour for their ICC gam​Manchester United​Gareth Bale Atleti’s form has been slightly more patchy. After beating ​Arsenal on penalties in Singapore, Los Rojiblancos were defeated 3-2 by a last minute goal against PSG. In their latest outing, they lost 1-0 at home to​ Inter Milan. Not exactly instilling confidence for this tie, Simeone may brush these results off due to squad rotation and players finding match fitness.

Starting with Real, the big question is whether influential midfielder Luka Modric is fit to play. Los Blancos’ man has been subject to a transfer inquiry from Internazionale, and rumours suggest he may be interested in a new challenge. Returning early to pre-season, the Croat is seemingly focused on the task at hand however, which should at least partly reassure Madridistas.

As far as injuries go, only centre-back Jesus Vallejo and new signing Alvaro Odriozola are in line to miss out. Likely not changing manager Julen Lopetegui’s plans for the match, Real Madrid have little to worry about. With no limit to bench slots, Los Blancos’ new man in charge has brought a squad of 29, giving himself a great number of options to choose from. 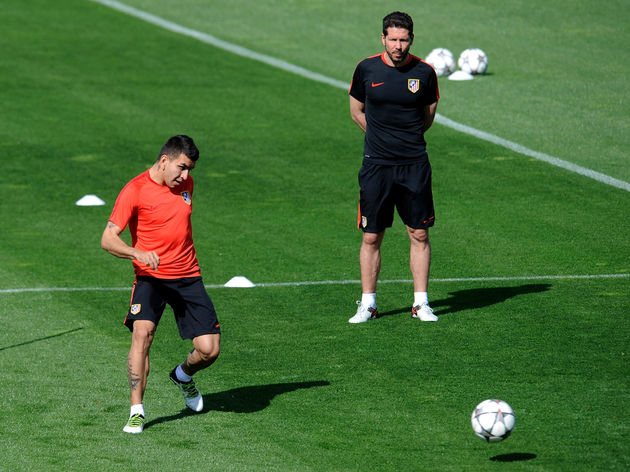 Atleti also come into the game with very few injury worries, causing a selection headache for manager Diego Simeone. Frenchmen Antione Griezmann and Lucas Hernandez only returned this week, so may be given more rest time. However, with an opportunity for a trophy against their greatest rivals, don’t be surprised to see the Argentinean pick his full strength side.

It’s unknown whether new additions Gelson Martins, Santiago Arias, and Rodri play, or if Simeone goes with his known troops. Angel Correa, Juanfran, and Thomas Partey are all fit, so there could be some mixing and matching. A battle between Jose Maria Gimenez and Stefan Savic to partner Diego Godin at centre-back also heightens the intrigue.

Both these teams will likely see this match as a viable opportunity to hit the ground running this season.

Differing in pre-season form, Real fans may travel to Tallinn more confident of a result. At the moment, the squad advantage is fairly level. Therefore, whether Antoine Griezmann or Luka Modric are fit enough to return after a short World Cup turn around will go a long way to deciding the victor of this game.

Real Madrid will likely utilise a 4-3-3 formation, with Karim Benzema leading the line. Important to Los Blancos will be the physicality of Casemiro and creativity of Isco. Likely starting on the right side, the Spaniard will slot in more centrally if formation changes are needed. It should also be interesting to see if Lopetegui picks Keylor Navas, or deadline day signing Thibaut Courtois in goal. Atleti are expected to utilise a 4-4-2 formation, with Koke and Thomas Lemar starting out wide. If Griezmann is short of match fitness – after only returning to training on Monday – it is likely new boy Nikola Kalinic will start up top, with bruiser Diego Costa alongside. However, it’s probable the Frenchman will make an appearance at some stage, with his presence the possible tie-breaker in such a tightly contested match.