Speaking this week, after Real lost the European Super Cup to Atletico Madrid in extra time, Vasilyev has revealed that Perez still complains about the one that got away.

“He blames me for not selling him Kylian #Mbappe!” – Monaco vice-president Vadim Vasilyev on Florentino Perez’s frustration at not being able to sign the France striker for Real Madrid last year.

“These two clubs [Monaco and ​Real] are friends,” said the Monegasque boss. “I have spoken with Florentino Pérez, every time he sees me, he always blames me for not selling him Kylian Mbappé!”

Perez and Vasilyev spoke at the UEFA Super Cup final in Tallinn on Wednesday, which Perez’s Real Madrid ​lost 4-2 to Atletico Madrid.

Following the loss of Cristiano Ronaldo to Juventus, Real are in need of a new marquee forward, but they know that Mbappe would now cost even more than what PSG paid last summer. 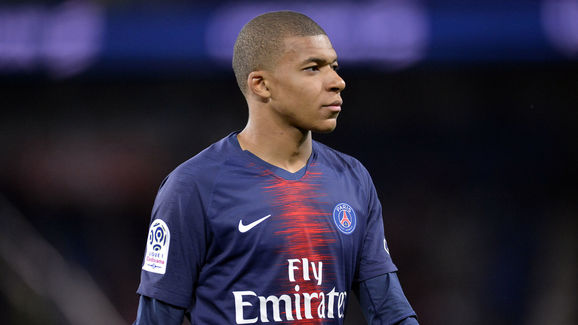 He moved to the Parc des Princes off the back of a stunning breakthrough season in which he scored 26 goals in 44 games for Monaco, and his career has continued to go from strength to strength ever since.

His 21 goals last season helped PSG to a domestic treble and earned him a place in Dider Deschamps’ squad for the World Cup. He became France’s youngest ever World Cup goalscorer and the first teenager to score in a World Cup final since Pele as France won the tournament, and Mbappe was named Best Young Player.