​Martin Odegaard, the youngest player ever to represent ​Real Madrid, has been sent out on a season-long loan to Dutch side Vitesse Arnhem.

Odegaard returns to the Eredivisie, where he scored 3 goals in 38 appearances for Heerenveen over the last year-and-a-half, and the 19-year-old says that he was impressed by Vitesse during his time in the Netherlands.

“The past year and a half I have played in the Eredivisie. I was impressed by Vitesse,” Odegaard told his new club’s official website.

“I got to know Vitesse as a good footballing team, with an offensive and dominant view of the game. I think that way of playing is good for me.

“Vitesse has also shown that it gives young players a chance to dare. That is why I am happy with the opportunity that Vitesse offers me.”

Technical director Marc van Hintum said: “We are very pleased that Martin has chosen Vitesse. Despite interest from other clubs, we were able to convince Martin with the vision that Vitesse stands for. Martin has qualities that can give a team a boost.” 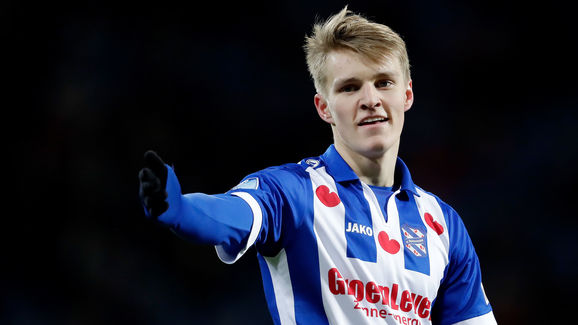 Odegaard was tipped to become one of the world’s best players when he became the youngest Norwegian international in 2014, aged just 15 years and 253 days.

Amid reported interest from Liverpool and Bayern Munich, he joined Real Madrid from Norwegian side Stromsgodset in January 2015 but only ever played 32 minutes of league football for Los Blancos.

Though he has yet to fulfil his proper potential, Odegaard is still only 19 years old and will hope that Vitesse is the team to finally kick-start his career.