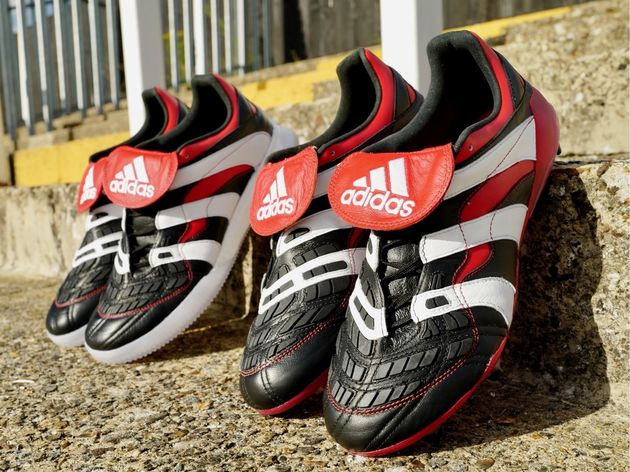 The original Predator Accelerator was released by adidas in 1998 and was made famous by legendary players such as David Beckham and Zinedine Zidane, with the latter donning a pair when he scored twice in the 1998 World Cup final.

Beckham, meanwhile, was wearing them when he played in the 1999 Champions League final. 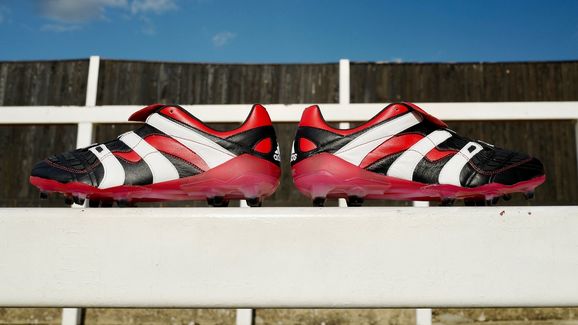 Just as on that iconic original, the black boot is complemented by a red fold over tongue and the white adidas stripes. It is also available as a street shoe.

The new Predator Accelerator is available from 21st August and can be purchased via adidas.com and in adidas stores. The stadium boot has an RRP of €350 and the street shoe has an RRP of €250.