​Chelsea director Marina Granovskaia has slapped a £60m price tag on Spanish full-back Marcos Alonso, with Atletico and Real Madrid keen on bringing the player back to his homeland.

As reported by ​AS (via ​SportWitness), the Blues director has set the high price on the former Bolton man’s head after both sides from the Spanish capital allegedly stated they would pay up to £30m for Chelsea’s goalscoring defender. 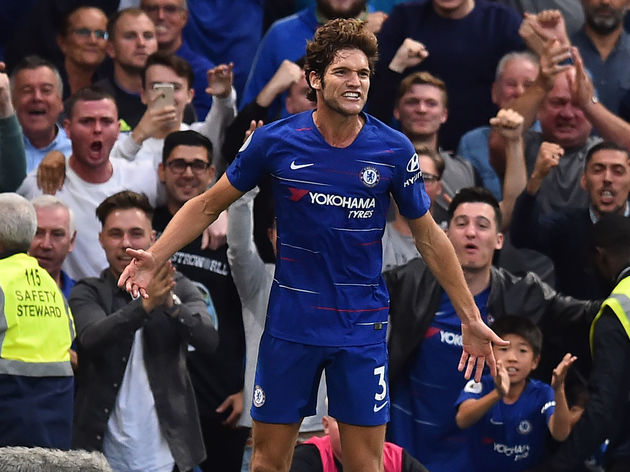 The transfer window is closed for English clubs due to an earlier deadline, although clubs from abroad are still active in the market until August 31.

As a result of that, the Blues would not be willing to do business unless an unbelievable offer came in, as they would be unable to buy a replacement.

The 27-year-old has been involved in more ​Premier League goals than any other defender since his arrival at Stamford Bridge, finding the back of the net 20 times since arriving from Fiorentina back in 2016.

Alonso started his career at ​Real Madrid, where current Los Blancos boss Julen Lopetegui was in charge of the B team at the same time.

Marcos Alonso is one goal from equaling the Premier League total Danny Welbeck has managed for Arsenal.

He’s played 13 fewer games… and is a left-back. pic.twitter.com/C7QU7r07Fc

The former Spain coach is a big fan of Chelsea’s number three and wishes to be reunited with him, although a move in this window may prove to be unrealistic.

In ​Atletico’s case, the potential departure of Filipe Luis to Paris Saint-Germain may force them into the market for a replacement, with Alonso their top target.

Any offers for the Spaniard, who is yet to be capped by his country, will be unwelcome ones and will be rejected by ​Chelsea, with the aforementioned price tag of £60m merely thrown out as a warning sign and not an actual fee that the club would consider.

Marcos Alonso has been directly involved in 20 #PL goals since his Chelsea debut in September 2016 (14 goals, 6 assists); seven more goals than any other defender pic.twitter.com/SvyktVdQY1

Maurizio Sarri’s business in the market, for now, is done, although he may have to deal with a few potential outgoings.

Ruben Loftus-Cheek’s future in particular is up in the air, with the 22-year-old seeking assurances over his playing time.