Vinicius impressed with the senior squad during pre-season but has remained an unused substitute in the two official games Real have played so far in 2018/19. 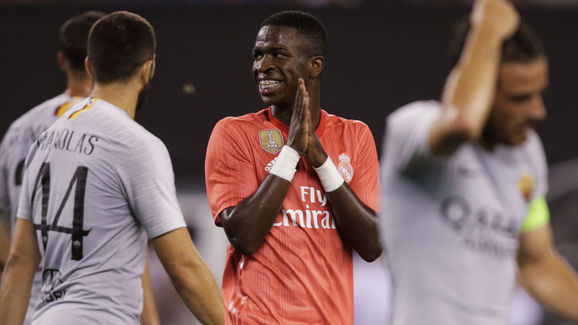 It had led to spurious speculation that the reigning European champions were already having doubts about the player, but a much more sensible report from Marca has now suggested that only carefully monitored playing time has been their plan for Vinicius all along.

It is explained that Julen Lopetegui’s first priority is to protect the player because of the delicate stage of his development he is currently at, with the coach keen not to put too much pressure on the player before he is mature enough and experienced enough to handle it.

The Marca report reveals that it was agreed at the time of the transfer negotiations that Vinicius would arrive in Spain as a first team player, but will drop down to the Castilla squad for game time if he is not selected for first team match duty. It is implied that such an arrangement wasn’t initially well received by Vinicius, who had played closed to 70 first team games for Flamengo by the time he left Brazil in June, but he and his family were later made to understand why it is important.