Transfer speculation has been rife surrounding Rodrigo this summer. Reports had previously claimed that Valencia valued their star man at €120m after Real Madrid’s initial interest in the Spaniard. The forward scored 16 times in La Liga last season, catching the eye of Los Blancos. It’s understood that Real boss Julen Lopetegui and Rodrigo struck up a relationship during Lopetegui’s time in charge of Spain’s Under-21 side, but the considerable transfer fee could put the Champions League winners off a potential move.

Speaking to reporters as quoted by ABC, Marcelino hinted that a move could still be on the cards for Valencia’s main goalscorer.

“If three parties agree not to be there, the coach will assume it and if he wants it I will congratulate him, although I prefer that this situation does not happen.

The Valencia manager did however confirm that Rodrigo is not pushing for a move and is happy at the club. 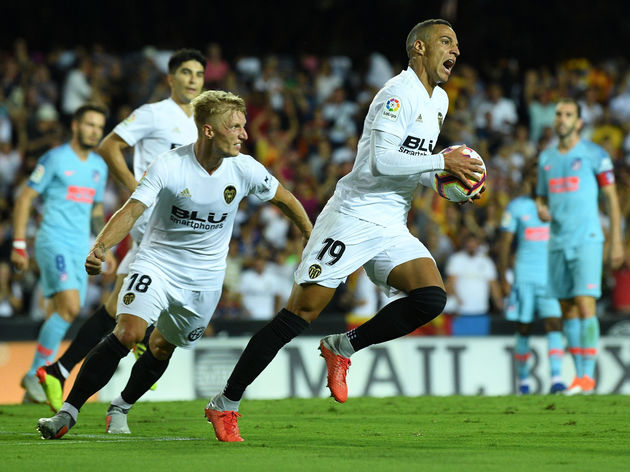 “All I can say is that Rodrigo is content in Valencia, we’d prefer to keep him because he’s an important player.”

It remains to be seen whether Real can push a move over the line for Rodrigo before the transfer window closes at the end of the month. It does however appear that Marcelino isn’t willing to rule out the possibility of it happening.