Real Madrid finished Saturday night top of La Liga, extending their 100% record at the start of 2018/19 with a convincing 4-1 win over Leganes at the Bernabeu.

Julen Lopetegui’s side looked briefly like they might make hard work of the side that dumped them out of the Copa Del Rey last season, but goals from Gareth Bale, Sergio Ramos and a brace from Karim Benzema earned all three points over their Madrid rivals.

After a dominant start, it was Ramos’ raking ball that found Dani Carvajal in the box who nodded into the path of Bale, for the Welshman to meet on the volley and open the scoring. 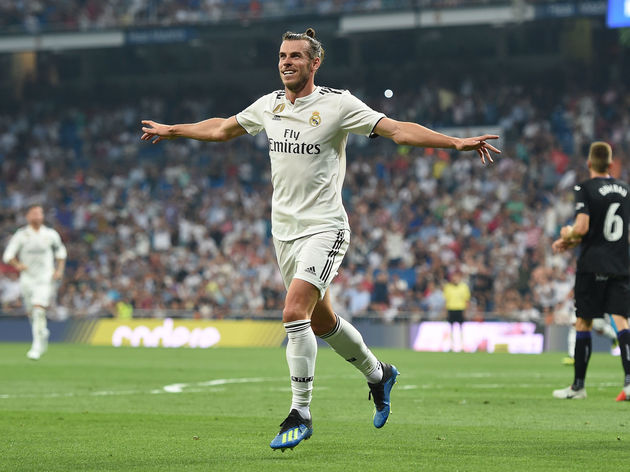 Leganes keeper Ivan Cuellar’s weak palm succeeded only in changing the direction of Bale’s strike on its way into the net.

With the crowd braced for open floodgates, it was only seven minutes before the scores were level again. Casemiro was adjudged to have brought down Javier Eraso and on-loan Southampton striker Guido Carrillo slotted in the penalty as cooly as a Super Pepino to ensure Thibaut Courtois didn’t enjoy a clean sheet on his debut.

Karim Benzema restored ​Real Madrid’s lead early in the second half with a placed header, but had his celebrations interrupted by a VAR check. After that, the hosts really did get the floodgates open.

Benzema added the pick of the night with a low finish after some neat footwork on the edge of the area. Sergio Ramos then sealed the win with a penalty after Marco Asensio was chopped down needlessly.

Here’s our breakdown of this one. With Atletico Madrid suffering a humiliating 2-0 defeat to Celta Vigo earlier in the day, Real capped the perfect day for their fans with an incredibly routine win over Mauricio Pellegrino’s Leganes.

Prior to this season, many wondered how Los Blancos would compensate for Cristiano Ronaldo’s 40 plus goals a season. Three games in, Real Madrid have scored ten times (double anyone else in the division), with Benzema and Bale both flourishing out of the Portuguese star’s shadow.

In addition to taking close to 80% possession at the Bernabeu on Saturday night, Lopetegui’s charges also mustered 17 attempts on goal and eight on target.

Meanwhile their cross-town rivals Atleti failed to get a single strike on target in their defeat. 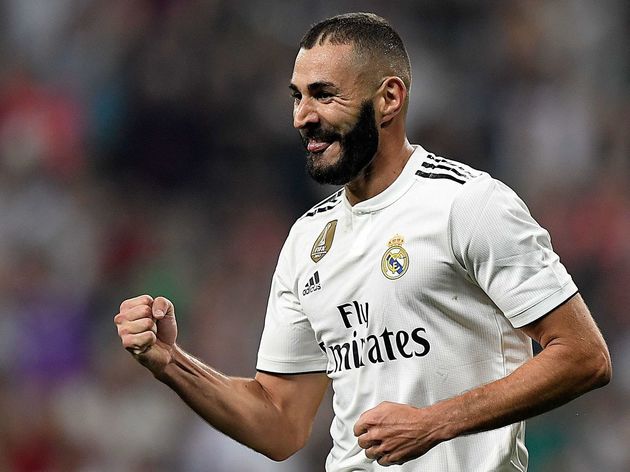 Less required for goals than as a foil for Ronaldo in recent seasons, Bezema appears to have benefitted personally from the Ballon d’Or holder’s departure, with four goals in his first three games.

The focal point of Lopetegui’s attack, the Frenchman excelled again, holding off his marker to put Madrid back into the lead with a neat header. He then all but ensured all three points with a low finish from outside the box, after a burst of pace away from the defence and one-two with Luka Modric.

Goals from Bale and Benzema in the first three rounds of La Liga:

While no Real Madrid player performed particularly poorly, especially after the break, conceding the first half penalty briefly caused panic among the home fans and was the only blotting of the copy book.

Impressively, Casemiro’s foul on Eraso was actually the first time he has given away a penalty in La Liga in 94 appearances.

Unbelievable stat. That was the first penalty Casemiro has conceded in La Liga, in 94 appearances. The first one awarded against him, anyway… https://t.co/Roz3mKMBke

Following the international break, Lopetegui’s side travel to the Basque Country to take on Athletic Club (September 15) before beginning their Champions League defence at home to Roma (September 19).

Leganes welcome Villarreal to the