​Real Madrid president Florentino Perez is said to be the main reason behind Cristiano Ronaldo’s snub for UEFA Mens’ Player of the Year, after allegedly putting pressure on the organisation to reward Luka Modric instead.

According to Tuttosport (via ​CalcioMercato), the absence of the five-time Ballon d’Or winner at the event appeared to be a childish reaction having lost out on the award to a former teammate, an act which many put down to petulance and selfishness. 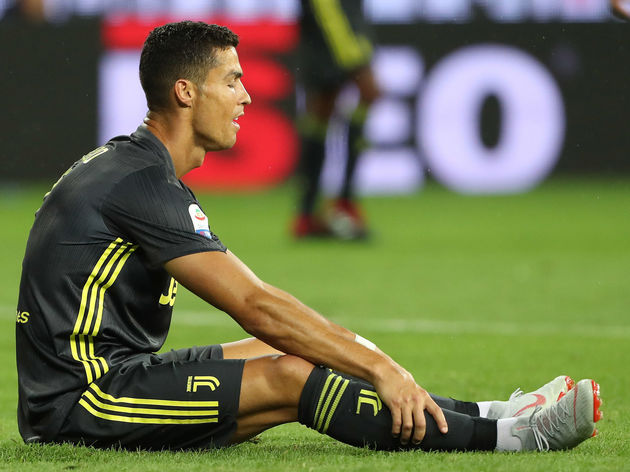 However, it is now being reported that Los Blancos’ president Perez was the reason behind the Portugal captain’s no show at the awards gala.

Perez’s meddling in making sure that his player, Modric, won the award ahead of Ronaldo, who abandoned the Spanish giants in the summer, has come to light.

Ronaldo, Modric and Mohamed Salah were the names on the shortlist for the award. However, quite surprisingly, it was Modric who came out on top. The Croatian helped his team to a third successive Champions League crown as well as captaining his country to a first ever FIFA World Cup final in the summer.

Salah broke the ​Premier League scoring record with 32 goals, whilst Ronaldo kept up his usual goalscoring exploits. But some now feel that Real Madrid’s influence on UEFA is affecting decisions off the pitch as well as on it.

Ronaldo is said to be angry at the decision, and bailed on the awards evening as a result, instead choosing to stay away from the star-studded event.

The ​Juventus’ star’s agent, Jorge Mendes, as well as the player’s sister have criticised the decision not to hand over the award to Ronaldo.

Contrastingly, Croatia boss Zlatko Dalic has called Ronaldo an ‘egotist’ as well as ‘arrogant’ for his reaction to his former ​Madrid teammate Modric’s success, whilst adding that he would never want the forward in any of his teams.