​Real Madrid broke their club-record amount of passes for a single match as Julen Lopetegui’s side won 4-1 against Leganes in La Liga.

As reported by ​Marca, Los Blancos have clearly taken their new manager’s ideas on board, with the former Spain boss’ tactics clearly taking effect as his side smash a club-record.

Real Madrid made 798 successful passes against Leganes inside the Santiago Bernabeu, a statistic that has never been bettered since Opta began collecting data. Only once in the club’s history have they attempted as many passes as that; in the Club World Cup final against Kashima, with even that game going into extra time and surpassing the 90 minutes against Leganes.

In that game against the Japanese side, Madrid attempted a staggering 882 passes, compared to 869 against their fellow La Liga side Leganes recently.

However, it was against the Pepineros that Madrid made more successful passes, thus breaking their club record with a 91.82% success rate. 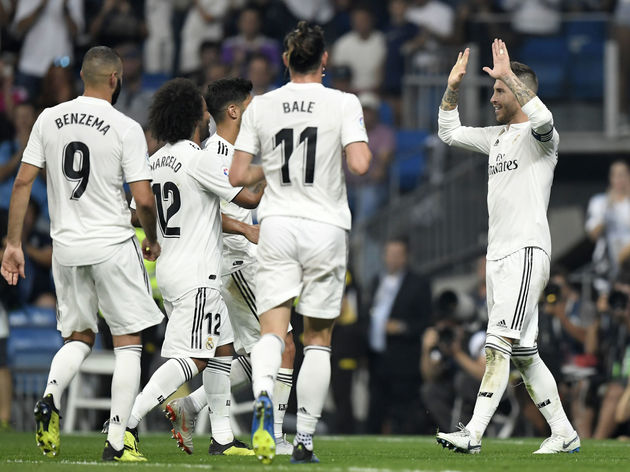 The days of La Liga rivals Barcelona being the pass masters may be coming to an end, as Lopetegui’s side dominate the passing statistics in Spain’s top flight so far this season.

Madrid have attempted 1,505 so far, whilst Ernesto Valverde’s Blaugrana have 1,470.

Los Blancos are also ahead on pass completion statistics. They boast a 90.76% success rate compared to Barcelona’s 87.89%.

Aside from passing statistics, both sides sit level on nine points from three ​La Liga games this season, with only goal difference putting Valverde’s side ahead of Los Blancos.

​Real Madrid travel to Athletic Bilbao this Saturday as they look to extend their 100% record and wrestle their title back from ​Barcelona.

However, for now at least, Lopetegui’s men can revel in the fact that they are club-record holders, even if it is just for passing.