Even after the €100m departure of Cristiano Ronaldo to Juventus, Real have not signed a marquee superstar since spending €80m on James Rodriguez in the summer of 2014. Instead, Los Blancos have targeted players like Marco Asensio, Vinicius Junior and Rodrygo Goes. According to AS, Pedro is Real’s latest interest and the recent return of Mariano Diaz to the Bernabeu from a promising spell at Lyon will not affect that.

Pedro is believed to have a €50m release clause in his Fluminense contract after only recently penning fresh terms with the Rio de Janeiro club, but AS appears confident that Real could successfully negotiate a deal worth closer to €20m or €25m. 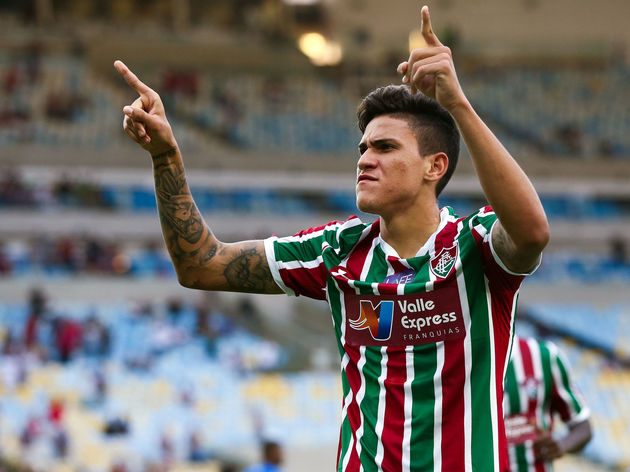 There could be competition for the young forward’s signature, however, as Sevilla, Roma and Milan, as well as several un-named ‘others’, are said to have made enquiries.

Pedro has scored 10 goals in 19 Brasileiro games so far this season and another two in four Copa Sudamericana outings. He was also apparently in line for a first international call-up for Brazil’s games against the United States and El Salvador this month until an injury ruled him out.

It remains to be seen how Real will approach a possible deal for Pedro, with AS suggesting they could immediately add him to the first team squad at the first opportunity (January), or pursue an option that allows him more time to adapt to Europe.