​Isco claims that Real Madrid are not missing ​Cristiano Ronaldo, highlighting the improvement of other players since the Portuguese superstar joined Juventus in the summer.

When Ronaldo left the European champions for Italy in July, many people believed that ​Los Blancos would struggle to cope without their talisman.

They shipped four goals in the UEFA Super Cup defeat to Atletico Madrid but otherwise it has been a smooth transition, with wins over Getafe, Girona and Leganes giving them a perfect start to the La Liga season.

Isco says that Real do not miss Ronaldo, despite his goalscoring abilities.

“Obviously Cris is an extraordinary player who assures you 50 goals a season, but we know how football is. If we win they will say that we don’t miss him and if we lose that we miss him,” the Spaniard said, quoted by Diario Sport.

“Now we play well as a team. There are players that last year didn’t score the goals they are now doing. For now, we don’t miss him, but this is just starting. We hope to continue like this and I wish him the best at Juve.” 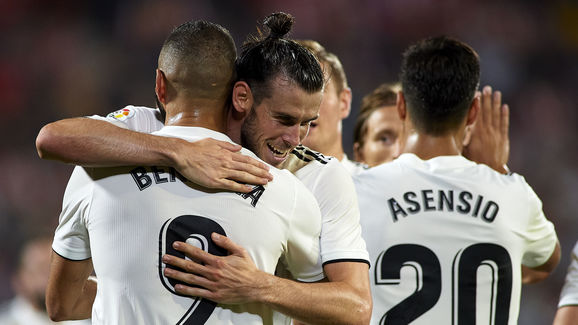 Ronaldo’s departure has not blunted Real’s attacking potency as they have scored ten goals in their first three matches of the new season.

​Gareth Bale and Karim Benzema have been responsible for seven of these between them. Bale has scored a goal in each match so far, while Benzema netted braces against Girona and Leganes.

Ronaldo is yet to open his account for Juventus after three matches of the Serie A season.