​Zinedine Zidane says that he is likely to return to football management “before long”, amid speculation that he is being lined up to replace Jose Mourinho at Manchester United.

After taking over from Rafa Benitez in January 2016, Zidane guided ​Real Madrid to an unprecedented three consecutive Champions League titles, before resigning from the job in May.

However, after a summer away from the game Zidane, who has been in football his whole life, has admitted does not see himself putting his feet up or taking it easy as a pundit yet. 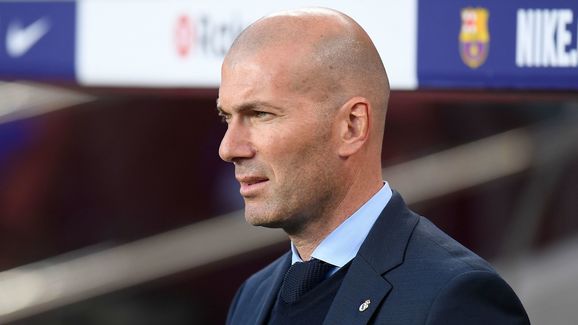 “I am sure that I will coach again before long,” he told TVE, as quoted by ​Marca. “This is what I like and what I have done all my life.”

Zidane has been linked with the managerial hot-seat at United after the Red Devils made an indifferent start to the season under Jose Mourinho, registering disappointing defeats to Brighton and Tottenham.

A recent report claimed that ​Zidane was preparing a shopping list of players in expectation of succeeding Mourinho if the Portuguese manager is sacked.

However, a United source gave a blunt reply when asked last month if Zidane was being discussed as a potential candidate to take the reins at Old Trafford.

“Why would we discuss Zidane when there is no job?” the source declared.

When Zidane originally resigned, there was speculation that he could be the next France manager, but their World Cup win has strengthened the previously uncertain position of Didier Deschamps.