Mexican midfielder Hector Herrera has generating interest around Europe following an impressive World Cup campaign with Mexico this summer, but the Porto midfielder’s agent insists Herrera will not be leaving Porto in January.

The 28-year-old’s contract with the Portuguese giants is now into its final year, and there have been suggestions that ​Real Madrid are leading the charge to secure Herrera’s services in a cut-price deal in the coming months.

​​However, the midfielder’s agent has insisted that his client will not be leaving Porto midway through the current campaign.

Herrera is said to have met with ​Real Madrid head coach Julen Lopetegui recently to open dialogue over a proposed move to the Bernabeu in the future, but the midfielder’s agent’s claims seem to dispel any chance of a move until next summer.

Herrera is said to also be of interest to a host of clubs around Europe which also includes Roma and ​Inter as well as Premier League duo ​Arsenal and ​Tottenham.

Real Madrid had a relatively low-key summer in terms of new signings during the summer, with their biggest deal being the blockbuster departure of Cristiano Ronaldo to Juventus and could be keen on new midfield recruits after allowing Matteo Kovacic to join Chelsea on loan.

​Calciomercato note that Inter would be unable to buy Herrera in January due to their two non-European places already being filled by summer signings Lautaro Martinez and Keita Balde Diao. 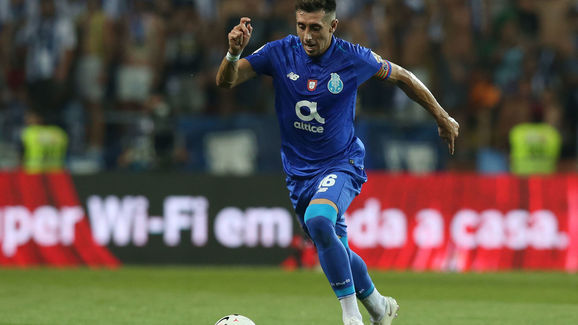