Real Madrid captain Sergio Ramos has hit out at Atletico Madrid forward Antoine Griezmann following the Frenchman’s claims that he is on a level with his former teammate Cristiano Ronaldo, as well as his perennial rival Lionel Messi.

Griezmann, who won the World Cup with France this year, has been insistent on competing with Ronaldo and Messi where individual awards are concerned. The Atleti striker missed out on a place in the top three for this year’s The Best FIFA Men’s Player award and ​was not shy in his assessment that he maybe should’ve been among the contenders. 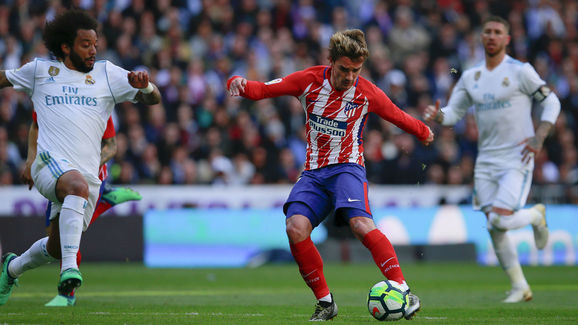 The ​Real Madriddefender, though, felt he needed to call the France international out and put him in his place.

“Everybody is free to give his opinion and thoughts, but this guy should let himself be advised by Cholo Simeone, Diego Godín or Koke, who have some values which could be helpful to him.

“Anyway, he is a great player and I wish him the best.”

The Spaniard has also urged Madrid to move on from Ronaldo, with the superstar having left for Juventus this summer after a nine-year metier at the Santiago Bernabeu.

“Cristiano had a wonderful time in Madrid, but we can’t keep living off what he did,” he continued. “Real Madrid start from zero every season. It’s a big gap but it’s being filled by players with amazing talent.

“We have built a superb squad capable of competing as well as when Cristiano was here. We respect him and wish him all the best.”