Antoine Griezmann’s Atletico Madrid teammates are stepping up to defend the Frenchman in the wake of Real Madrid defender Sergio Ramos criticising him.

The World Cup winner made little secret of his desire to win the Ballon d’Or this year, also claiming he’s at the same level with previous winners Cristiano Ronaldo and Lionel Messi. But it hasn’t gone down well with Ramos, who has since hit out at the Rojiblancos striker. 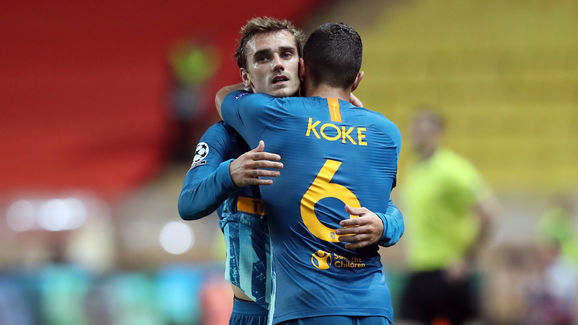 “Griezmann saying he is on the same table than Cristianoand Messi? Ignorance is very bold,” the Spaniard said, via Goal. “I remember Raúl, Francesco Totti, Iker Casillas, Paolo Maldini…they won every title and they don’t have a Ballon d’Or.”

Griezmann’s new Atletico teammate Rodri has spoken out in his defence, insisting the striker does his talking on the pitch and is not affected by  Ramos’s criticism.

​Football ItaliaHe was not affected by the words of Ramos, he can speak if he wants to but that will not impact what happens on the pitch.”

Lucas Hernandez, Griezmann’s Atleti teammate and compatriot, had previously backed the striker over his bold claims regarding Ronaldo and Messi.

“I think that 90% of the world believes that Griezmann is at the same level as Messi and Ronaldo,” he said after Atletico’s 2-1 win over Monaco in the Champions League on Tuesday night.