The hosts have begun their post-Zidane and post-Ronaldo era in positive fashion, having lost their manager and star player during the summer. Los Blancos have showed little sign of weakness despite those key departures, winning three and drawing once in their first four league games.

Espanyol, meanwhile, have been one of the surprise packages of La Liga so far, recording two wins, drawing once and suffering one defeat in a generally positive start which has seen them storm to fourth.

Saturday’s trip to the Bernabeu promises to be a tough test of the Catalan side’s improvements this season and is sure to put their promising start under intense scrutiny.

​Real Madrid began their season strongly with a 2-0 victory at home to Getafe as the European champions looked to dispel any notions of weakness following the summer departures of Zinedine Zidane and ​Cristiano Ronaldo.

​Gareth Bale immediately picked up the striking mantle from Ronaldo in that match, as would have been expected as Madrid’s next in line Galactico forward, and the Welshman continued to carry the burden along with ​Karim Benzema as Los Blancos dispatched Girona 4-1 in their second game.

The same striking duo repeated the trick the following week, with Benzema once again at the double and Bale finding the net once more, as Madrid secured another 4-1 win over Leganes to continue their emphatic start.

Madrid’s momentum was halted, however, as Athletic Bilbao held Julen Lopetegui’s side to a 1-1 draw, with ​Isco netting a second half equaliser to earn a point after Los Blancos fell behind.

They’ve also made a positive start to the defence of their Champions League title, with a comfortable 3-0 win at home to Italian outfit Roma in midweek, with Gareth Bale scoring and starring once more.

Espanyol have recorded more mixed form so far this season, though 2-0 and 1-0 wins over Valencia and Levante respectively have elevated the Catalans into the top four, whilst a 1-1 draw with Celta Vigo and a 2-1 defeat to Alaves are reminders that their positive start will give them little to rest upon when they travel to Madrid on Saturday.

If Espanyol are to earn a positive result this weekend, they will be hoping to reproduce something similar to their shock 1-0 win over the European champions when the sides last met in February. 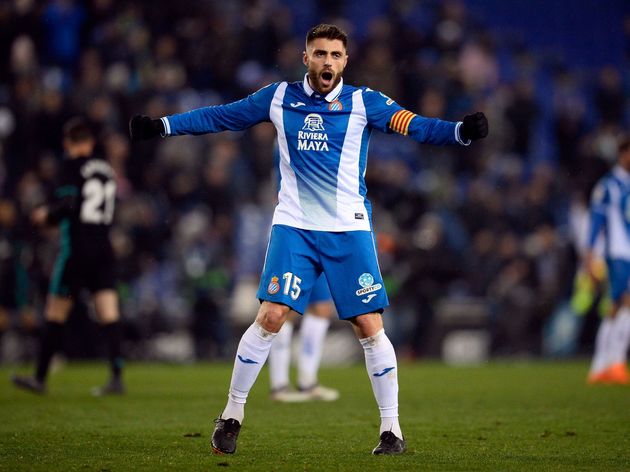 At that time, Madrid were 14 points behind league leaders Barcelona, and Espanyol struck further difficulty into their league campaign with a last-minute winner from Gerard Moreno to condemn Zinedine Zidane’s side to an unlikely defeat at the RCDE Stadium.

In what was generally regarded as a poor match of little quality, it is Espanyol who will have by far the fonder memories of a game which will go down in the club’s history.

However, Madrid fielded a heavily rotated side on that occasion, with their Champions League campaign taking priority by that stage of the season, and Espanyol can expect to face the full armoury of Los Blancos in what is likely to be a tougher task this time out.

With the previous encounter between the two sides having been a generally low-quality affair, the key to Saturday’s game could be which side is able to produce greater quality and create more on the ball this time out.

With creativity key to the outcome of the match, it is in the centre of midfield where the game could be most intriguingly contested, with particular focus on which side’s technicians in the middle of the park are able to produce telling moments of quality.

For Madrid, the pass master of the side is Toni Kroos. The German maestro is the man who makes Los Blancos tick from the central areas, and the onus will be on the World Cup winner to unlock the Espanyol defence and break through the midfield with quality passing and incisive movement on Saturday.

Espanyol, meanwhile, have a former Real Madrid playmaker of their own to assume similar responsibilities for the away side in Esteban Granero.

The Spaniard never quite made the grade during his short stint at the Bernabeu but displayed on numerous occasions his eye for a key pass and a strong ability to provide good deliveries into the box. His ability to pick out teammates in dangerous areas could be key to Espanyol’s chances of success.

Real Madrid are set to be without defender Jesus Vallejo for this weekend, though with Sergio Ramos, Raphael Varane and Nacho Fernandez all fit it is unlikely that the young Spaniard would have featured against Espanyol if fit.

The away side, meanwhile, are set to be without a central defender of their own, with Oscar Duarte absent through a knee injury for Espanyol, whilst winger Javi Puado also remains sidelined for Rubi’s side with ligament damage.

Though Espanyol will be buoyed by their positive start to the season and top four place heading into Saturday’s match, a showdown with the European champions is likely to prove a more telling test of the away side’s quality. Having been held to a disappointing 1-1 draw in their previous league outing, Madrid will be gunning to get back to winning ways in La Liga and will likely have too much quality going forward for the visitors.