After an impressive start to the new season, French forward Karim Benzema is believed to have demanded a new and improved contract with Real Madrid, and is prepared to leave the club in favour of Chelsea, Manchester United or Arsenal if they cannot meet his demands.

In the post-Cristiano Ronaldo era, Benzema has netted four goals in five La Liga appearances so far this season, and has managed to keep the returning Mariano out of the starting lineup. The 30-year-old has faced many critics in recent years, but has consistently proven himself to be integral to the first team. 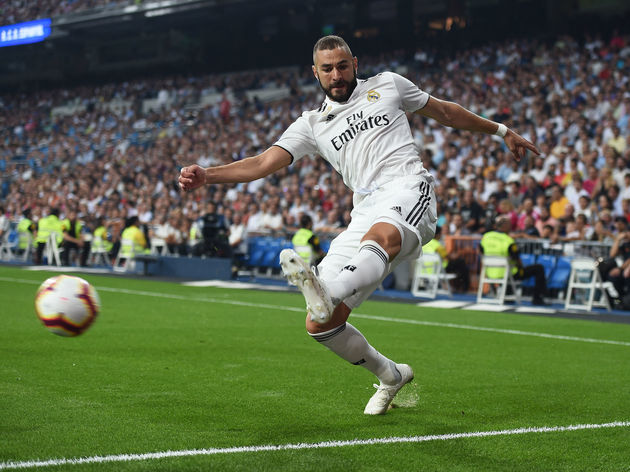 The report of ​Benzema’s contract demands comes from Spanish outlet ​Don Balon, who describe Benzema’s actions as a ‘threat’ to Florentino Perez and ​Real Madrid. This season, Benzema has looked completely reborn, with his attitude and movement on the pitch impressing many in Spain, and Don Balon claim that Benzema now feels he deserves a significant pay rise.

The claim from Don Balon is also reinforced by ​Diario Gol, who state that Benzema is willing to leave the club if they do not accept his demands. The report claims that ​Chelsea, ​Manchester United and ​Arsenal are all interested in the Frenchman, who would seriously consider their proposals if necessary. Inter Milan are also named as potential suitors for Benzema, especially if Mauro Icardi leaves the club in January. Links between Icardi and Real Madrid refuse to disappear, meaning the two could potentially be involved in a swap deal.

Benzema and his agent are believed to be using the interest from the aforementioned clubs as a way of simply earning more money in Madrid, but he is prepared to follow through on his threat of leaving the club if Real Madrid fail to prove their loyalty to him. Don Balon claim that Perez and Real Madrid are not prepared to discuss an extension for Benzema, with Benzema’s age cited as a serious issue for the club.

Since joining Real Madrid, Benzema has made 419 appearances for the club, netting an impressive 197 goals since arriving in 2009.