​As La Liga enters another round of fixtures in a matter of days, Andalusia plays host to a potentially mouth-watering encounter, as Sevilla entertain Real Madrid at the Estadio Ramon Sanchez Pizjuan on Wednesday night.

After an uncertain beginning to the season, both sides come into the game with successive wins under their belts in the league or European competition, with Sevilla having scored an impressive 11 goals in their last two outings.

Whilst Los Blancos have been picking up wins as well, Julen Lopetegui’s men have however already dropped points and laboured to a 1-0 win at the Bernabeu against Espanyol on Saturday evening.

With the host’s already six points behind their midweek opponents in the league standings, Pablo Machin’s side have the perfect opportunity to catapult themselves up the standings and turn up the heat, as ​Madrid arrive in Europe’s hottest city.

Here is everything you need to know ahead of Wednesday night’s clash in Seville. On no less than 17 occasions in the Spanish top flight have the duo shared over five goals in a game, and when they met last time in southern Spain back in May, Sevilla withstood a dramatic late comeback from Real Madrid to win their third consecutive home league game against the capital club.

After the visitors plummeted to a 3-0 deficit via goals from Wissam Ben Yedder and Miguel Layun shortly before the break,

Borja Mayoral pulled one back from ​Marco Asensio’s cross, and Ramos then converted from the spot deep into stoppage time as Los Blancos rallied in vain. 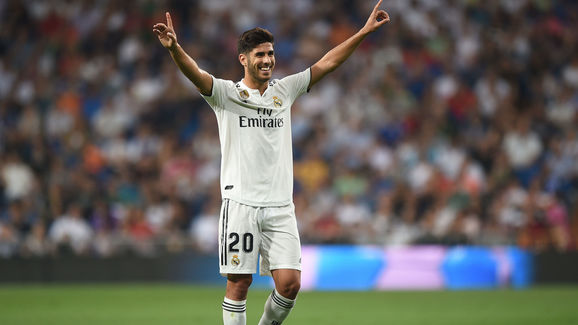 The visitors would irrevocably be the favourites on paper having dropped just two points from their opening five league outings, however, their recent form has hinted at potential problems for Lopetegui’s men.

A ​narrow 1-0 win at the Bernabeu last weekend, coupled with a draw in the Basque country against Athletic Bilbao, has seen Madrid net just two times in the last three league games – albeit a 3-0 win against ​AS Roma in the UEFA Champions League.

Since the departure of ​Cristiano Ronaldo to ​Juventus, ​Gareth Bale has begun to find more freedom, but the Welshman has thus far been unable to fully lift the shackles – an issue he will be hoping to address on Wednesday.

For Sevilla, having lost twice in their opening four games, the new era under boss Machin has improved markedly in the past week.

Machin’s men are undoubtedly hitting their stride as we approach October, and having scored at home on every occasion against Wednesday’s opponents in the league since 2002, the hosts will look to inflict a first La Liga loss of Lopetegui’s reign.

Ben Yedder is unquestionably a man in form, but the 28-year-old will come up against his compatriot and World Cup winner ​Raphael Varane, perhaps the best defender in the global game right now. The Sevilla striker has had to fight for his place in the starting XI, but now finding a rich vein of form he will be ready to test his countryman in front of his home fans.

Both men are speedy individuals, with Varane’s ability to recover the ball his strongest suit.
Sevillistas Los Rojiblancos will look to utilise the flanks as much as they can, which will mean Varane will be in for a busy evening.
If Ben Yedder’s quick feet and strength can win out, the hosts could again be in for a profitable evening against Los Blancos. Had this game come as little as ten days earlier, Madrid would be firm favourites to travel back to the capital with three points, however with Sevilla hitting their stride, this game becomes once again a fascinating encounter which should provide goals – possibly by the hat-full.

The visitor have not won at the Ramon Sanchez Pizjuan since 2015 and their defence looks shaky to say the least.

It remains to be seen if the hosts can convert a run of goals into further points, but knowing a win could push them up into the top four places, Machin will have his charges revved up for this one.

This is likely to another open encounter, with the emphasis on the counter-attack for both sides. It could also be a tempestuous affair on an evening that may see temperatures still into the thirties at kick-off.

As it is, with the style of both sides to break with pace, a draw is possibly the most likely outcome.