Real Madrid manager Julen Lopetegui has admitted his team were second best as they crashed to a 3-0 defeat against Sevilla, but vowed that his side will bounce back this weekend against Atletico Madrid.

Real were well beaten at the Ramon Sanchez Pizjuan stadium on Wednesday evening, with Los Blancos suffering a 3-0 defeat thanks to three first half Sevilla goals which stunned the Champions League holders.

Lopetegui, speaking to the press as quoted by RealMadrid.com, analysed where his team went wrong.

“Our problem was that Sevilla were clearly better than us, particularly in the opening stages. They netted twice and were very clinical early on. We were second best in the first half and in the second we were more evenly matched but we missed a couple of big chances that killed any hopes we had.”

The Spaniard also pointed out what the game plan had been, and where it had gone wrong. 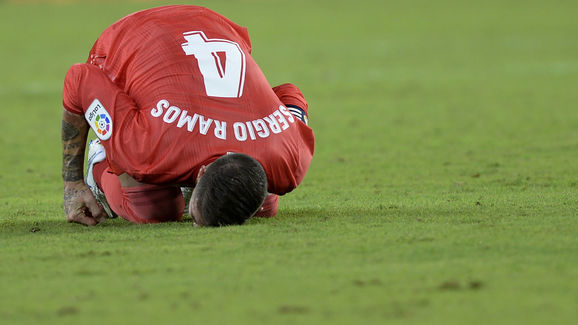 “The idea was to press high but it didn’t come off like we’d hoped and we paid for it, particularly at the beginning. It’d be opportunistic to say we didn’t prepare for the game adequately but it looks like that was the case,” he added.

Despite the poor result and worrying performance, Lopetegui assured ​Real fans that his side would be ready for the stern test that ​Atletico would provide at the weekend.