CSKA Moscow may have baulked at seeing their own name drawn alongside defending champions Real Madrid in Group G, but their home fixture against Los Blancos (at the VEB Arena on Tuesday night) could hardly have come at a better time.

Julen Lopetegui’s side, while still second in La Liga, have won just two of their last five in all competitions and have scored just twice in the league since September 1. In addition, Lopetegui, who last left Russia on the eve of the World Cup with Spain, travels to Moscow missing a quartet of key players: Isco, Marcelo and Gareth Bale all have injuries, while captain Sergio Ramos is 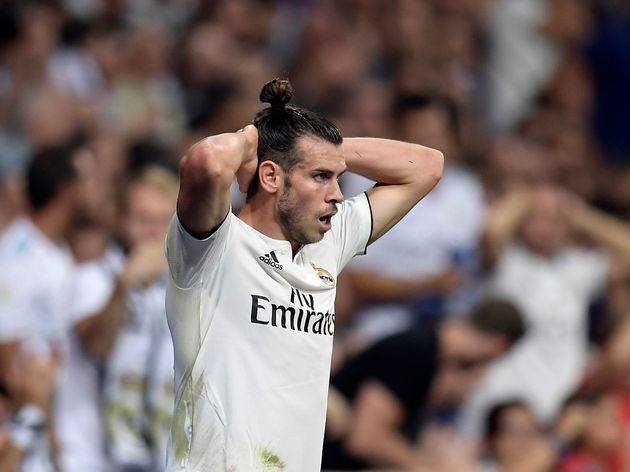 Los Blancos have a reasonable if not perfect record against Russian opposition, with nine wins from 16 matches. However, all four defeats suffered have all come away from home.

Here’s everything you need to know about this one. The only time these two sides have met previously met was in the 2011/12 Champions League round of 16, where Jose Mourinho’s Real Madrid won 5-2 on aggregate.

Cristiano Ronaldo scored twice in the return leg at the Bernabeu to calm the home fans’ nerves after a 1-1 draw in Russia.

Gonzalo Higuain and Karim Benzema were the other names on the scoresheet for Real – the latter being the only player from the team that played that night in 2012 who is likely to play again on Tuesday. Real Madrid may have scored at least twice in nine of their last 10 Champions League matches, but they are in the midst of a goalscoring drought domestically.

Of Lopetegui’s probable strike duo for Tuesday, Benzema last scored for the club on September 1st, while Marco Asensio has just one goal all season.

CSKA have conceded just four times in the Russian Premier League in nine outings so far in 2018/19 and could be a tough nut to crack.

For Real’s Spanish contingent, the looming faces of Igor Akinfeev and Mario Fernandes at the back for the hosts could either bring back bad memories of Spain’s ignominious round of 16 defeat to Russia in the World Cup, or be the perfect inspiration for revenge. A familiar face for Everton fans, 20-year-old Croatian star Nikola Vlasic is already doing better on loan in Moscow than he did on Merseyside.

The attacking midfielder is establishing himself as a creative outlet for his new side, chipping in with a goal and an assist in the 2-2 draw with Viktoria Plzen in the Champions League’s first game week.

He is likely to play in a midfield three with license to roam on Tuesday night, supplying ammunition to the Russian league’s top scorer Fedor Chalov, who has eight in all competitions this season.

Casemiro, who could feature at the base of a rejigged Real Madrid midfield, will be the man tasked with nullifying the creative threat.

As mentioned, Real Madrid are missing Bale, Marcelo and Isco as they continue their recoveries, while Ramos has been given a break by Lopetegui.

The likes of Sergio Reguilon, Mariano Diaz and Vinicius Junior have all travelled and could feature. Keylor Navas should continue as Lopetegui’s cup keeper after keeping a clean sheet against Roma.

For the hosts, their ranks are even more depleted with as many as seven first team stars unavailable through injury. Most crucially Icelandic defender Injuries and domestic form blip aside, on paper Real Madrid are strong favourites for this one and​ will expect to return from Russia with another three points – although it may not be pretty.

With CSKA’s Chalov-led attack sparkling, Real’s altered defence will have to be vigilant, while a transference of their goalscoring impotence from La Liga onto the European stage could spark crisis talk.

The visitors’ midfield should dominate possession, and it will be up to the attack to put away their chances. Expect to see Mariano and even Vinicius introduced if they can’t.

Ultimately, grinding out these type of results in Europe is just what this Real Madrid team does.