With Jose Mourinho’s job looking more precarious by the day and Zinedine Zidane being tipped to replace him, Manchester United fans are wondering what the Frenchman would be able to bring to the Old Trafford table.

Few players are able to offer as much insight on 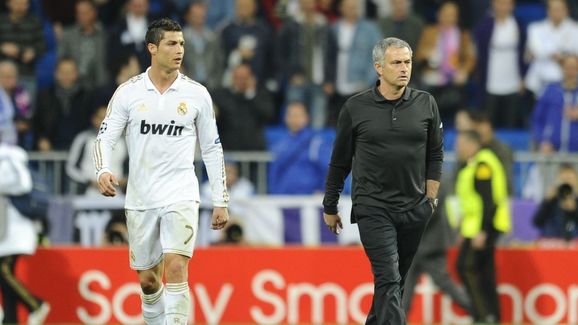 Like most players who have played for Mourinho, Ronaldo did not always agree with him, but he has often spoken highly of his countryman and believes him to be one of the best managers in the world.

“Work with Mourinho again? Why not? I would put him at the top, I always say that,” said Ronaldo after Mourinho left Real Madrid for ​Chelsea in 2013 (as quoted by ​the Mirror).

Talking about what makes Mourinho so special, Ronaldo added: “I have played for so many great coaches, but Jose Mourinho was a big thinker analytically, he went into everything in great detail.”

Ronaldo spent his last two-and-a-half seasons at ​Real Madrid playing for Zidane, and he says that the France legend got the best out of him and his teammates. “We had not started well, but then Zidane arrived and was the catalyst for one of my best-ever seasons,” Ronaldo said.

Despite the rumours, there is not yet any concrete evidence that Zidane will be the next ​Manchester United manager. ​The Frenchman reportedly phoned Mourinho to assure him that there had been no approach from the club.