Real Madrid fell to a disappointing 1-0 loss away to CSKA Moscow in the second round of Champions League group stage matches, as Everton loanee Nikola Vlašić’s second-minute goal was enough to seal victory for the hosts.

Madrid started the game in catastrophic fashion as Toni Kroos’ misjudged back pass was pounced upon by CSKA Moscow’s Vlašić, who beat Varane to the loose ball and finished low and hard beyond Keylor Navas.

Real Madrid pushed on, they can count themselves unlucky not to have been level before half-time as Karim Benzema looped a header against the crossbar. 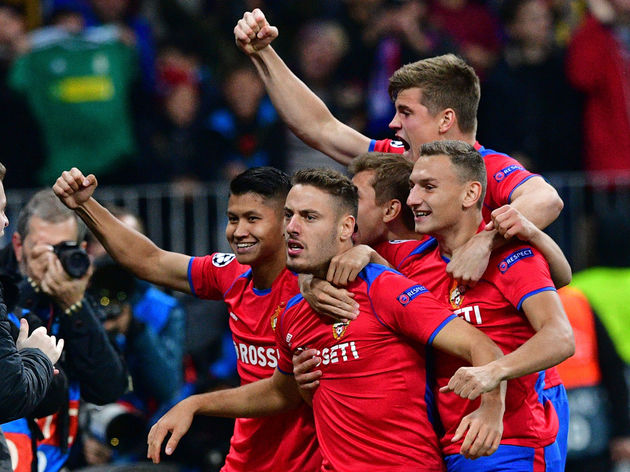 After CSKA Moscow’s only managed a draw against Viktoria Plzen, arguably the weakest team in Group G, the Russian side put themselves under pressure going into their first home match against Real Madrid.

A loss against the Spanish giants would’ve seriously weakened CSKA’s chances of qualifying from the group.

However, the Russian side proved they are no pushovers and, led by Vlašić’, came out shock winners, drastically improving their chances of progressing to the knockout stages.

STAR MAN – CSKA Moscow’s goalscorer Vlašić worked tirelessly for the Russian side at both ends of the field.

The Croatian midfielder made sure to track back and help his fullback, Manuel Fernandes, whilst also providing an attacking option when CSKA won the ball back.

Nikola Vlašić, guy who went to the same school as me just scored against Madrid. Great talent.

Vlasic escapes from five Madrid players out by sideline… kid has been excellent.

His goal, despite being helped by Kroos, was well executed as he beat Varane and finished expertly beyond Navas. In a game where CSKA Moscow needed a match winner, Vlašić turned up.

Off the back of Real Madrid’s poor recent form, which has seen them lose to Sevilla 3-0 and draw 0-0 at home to bitter rivals Atlético Madrid, Lopetegui opted for an altogether different looking side in Moscow.

While the absences of Bale and Isco were enforced, the decision to rest Ramos and Modric seemed to backfire big time, raising questions about Los Blancos’ depth.

First time we’ve lost on the second day of the group stage in the UCL since 1998.

Also happened in the Luzhniki, but against Spartak.

Particularly worrying for Lopetegui is the form of his forwards, Benzema – who started the season so well – has not scored since the start of September while Marco Asensio has just one strike to his name all season.

With no goals in their last three outings in all competitions, Bale’s return can’t come soon enough.

STAR MAN – Real Madrid put in another poor display against CSKA Moscow and there were not many standout players for Lopetegui’s side.

However, one bright spark was Karim Benzema, who was lively once again without managing to get on the scoresheet.

40′ | 1-0 | Now we’ve hit the crossbar! @Benzema with the chance to level things up but his header comes back off the woodwork! #RMUCL

The French striker linked up the play well for Real Madrid and was unfortunate not to score in the first half after his header came off the CSKA crossbar. He seems to be relishing the newfound responsibility in the wake of the chasmic goalscoring gap left by Ronaldo.

WORST PLAYER – There were a number of candidates for this label but Madrid’s young midfielder Dani Ceballos was the most disappointing. He was often weak going into challenges and tentative with his passing, often selling his teammates short. 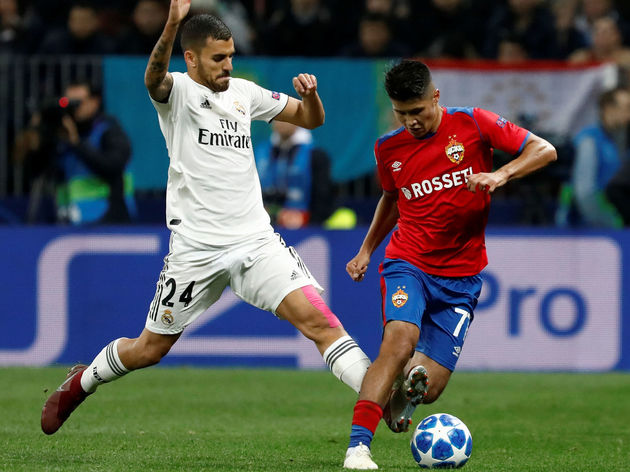 Performances such as against CSKA Moscow will make Real Madrid fans question why Matteo Kovačić was allowed to leave on loan to Chelsea over the summer. Whilst Ceballos is still young, at a club that demands instant success these sorts of performances will not be tolerated for long.

In terms of the Champions League, Real Madrid host Viktoria Plzen on October 28, in a game they will be expected to win comfortably. Prior to that, they have a chance to recover their ailing form away at in-form Alavés at the weekend in La Liga.