New Real Madrid boss Julen Lopetegui, who was snatched from the Spain set up just before the World Cup, is now ten games deep into his career as Real’s coach but has obtained the unwanted record of being the gaffer with the worst start under president Florentino Perez.

Lopetegui was likely hoping for a better start to life at the Bernabeu. But he hasn’t found things very easy. Stats compiled by Marca have revealed that, out of the 15 managers who have worked under the current club president, Lopetegui has had the least amount of wins coupled with the most losses in 10 games.

Madridhave won only five games so far this season, having drawn two and lost three. Vicente del Bosque was on five wins after 10 matches as a Real coach –  back in the 2001/02 season – but he only lost two matches as opposed to Lopetegui’s three. 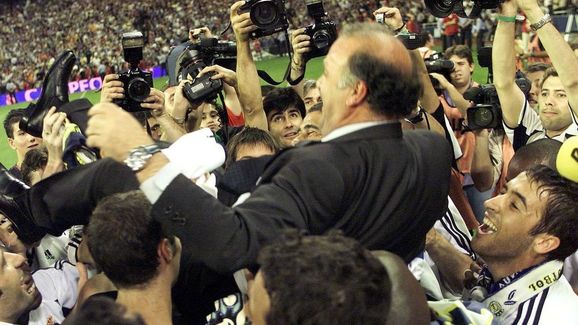 John Toshack had four wins in his first 10 games of the 1999/00 campaign but only lost once, drawing the other five matches.

Lopetegui’s record at Madrid is actually worse than that of now-Newcastleboss Rafa Benitez, with the Spaniard winning seven games and drawing three as he went unbeaten in his first 10 outings. 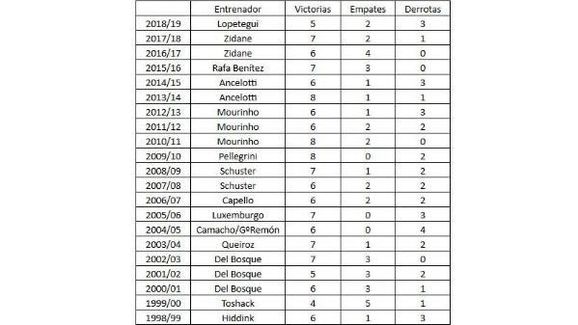 Manchester United’s Jose Mourinho holds the best record for an initial 10 games at Madrid under Perez. The Portuguese’s first season at the Bernabeu saw him start off with eight wins and two draws.

Manuel Pellegrini, now in charge of West Ham, also won eight games but lost two, while Carlo Ancelotti won eight in his first season as well, drawing one and losing the other.