​Real Madrid will consider making a move for Tottenham striker Harry Kane in January, if Spurs are eliminated from the Champions League before then, according to one report in Spain.

A 4-2 home defeat to Barcelona on Wednesday left Mauricio Pochettino’s side without a point from their first two matches in Group B. Barcelona and Inter have both taken the maximum of six points from their opening games. 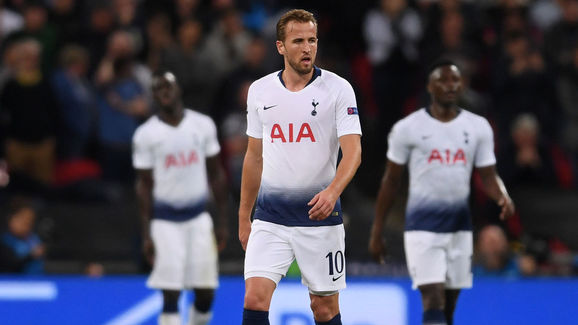 On Tuesday evening, reigning European champions ​Real Madrid suffered a shock 1-0 defeat to CSKA Moscow. It was the third consecutive match in which Real had failed to score, their worst such run since Fabio Capello was in charge.

They are clearly missing the goals of ​Cristiano Ronaldo since his summer move to Juventus and it would make sense for them to sign a prolific goalscorer who can replace the Portuguese.

​Kane would certainly fit the bill, having scored 135 goals over the last four seasons. He has been linked with Real in the past and if Spurs do fail to reach the last 16, this could be a golden opportunity for Los Blancos to make their move.

​he wants to try and rival the goalscoring records​Lionel Messi