​Real Madrid captain Sergio Ramos has said the club would be crazy to part company with Julen Lopetegui so early in the new manager’s tenure, after the side lost 1-0 to Alaves in La Liga this weekend.

A 3-0 defeat to Sevilla at the end of last month kicked off a poor run, which featured a 0-0 draw with Atletico and a Champions League defeat to CSKA Moscow, before the defeat to Alaves ensured Real went four games without scoring in all competitions, and heaped pressure on Lopetegui and the club. 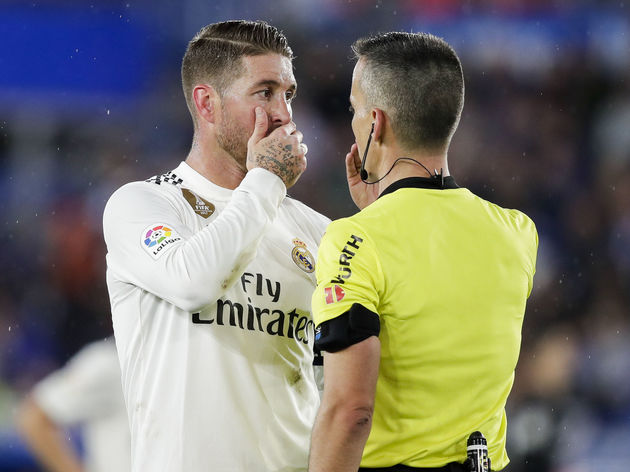 ​Ramos, however, says that a change of coach would help nothing, and patience is required if the club are to hit the heights they did under Zinedine Zidane.

“Sometimes it is better to change coach and sometimes it isn’t, but it is too early talk about that and it is not a decision that is in the hands of the players,” Ramos told ​Marca.

“Other people make those decisions, but it is never good to have a coaching change, it would be crazy.

Real Madrid simply cannot score. The blame has to fall on Florentino Perez and Julen Lopetegui

“We are the first to know that we can do more to improve and that’s what we want to do, we are all aware of it.

“Anyone who writes ​Real Madrid off will be wrong in the long run.

“But remember we also had a goal crisis when he was here, the goals will come back.”