​France Football has revealed the 30-man shortlist of Ballon d’Or nominees, with the winner set to be announced in Paris on December 3.

The last ten awards have been split evenly between ​Lionel Messi and ​Cristiano Ronaldo, but with Luka Modric recently honoured at the FIFA Best Awards, this could be the year that sees a changing of the guard. Liverpool are the best represented Premier League team with four nominees. Forward trio ​Mohamed Salah, ​Roberto Firmino and ​Sadio Mane, who scored 91 goals between them last season, are on this list, as is Brazilian goalkeeper Alisson.

The Chelsea pair of ​Eden Hazard and ​N’Golo Kante have been named among the 30 as well, with Paul Pogba the only Manchester United player to make the list. Hugo Lloris is nominated, and so is his Tottenham teammate ​Harry Kane, who became the fir

Paris Saint-Germain forwards Edinson Cavani, ​Kylian Mbappe and ​Neymar are among the other nominees. 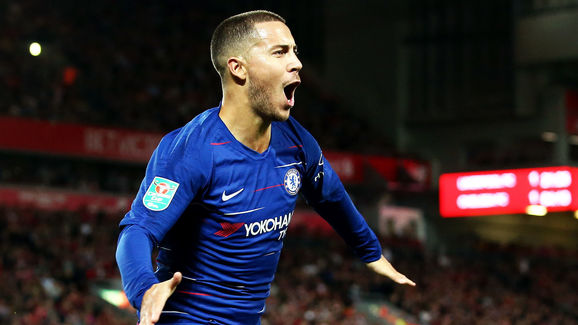