​Real Madrid are believed to be closely monitoring Raheem Sterling’s contract situation with Manchester City, with a view to a potential move in the near future.

City have been in the process of renewing the contracts of their key players, but Sterling is yet to pen a new deal with the club. There have been multiple reports that both parties are nowhere near agreeing terms on a new contract, leaving Sterling with just two years left on his current deal. Bleacher Report’s Dean Jones revealed on ​Twitter that ​Real Madrid are seriously interested in ​Sterling, and will monitor any progress in the discussions over the coming months.

These claims have also been echoed by ​ESPN FC, who state that both Sterling and ​City are keen to arrange a new contract, but Real Madrid will remain interested until Sterling officially renews his deal in Manchester.

As he will enter the final 18 months of his contract in January, there is a concern from club officials that Sterling’s value will drastically decrease, meaning that they may be forced to accept a paltry offer if they cannot agree on terms for a new deal.

The Sterling links to Real Madrid are back again. The interest is genuine and stories will keep cropping up until he signs a new contract. Truth is City would be mad to let him leave, he’s one of Pep’s key men.

The likes of ​Kevin de Bruyne and ​Sergio Aguero have recently signed new contracts at the club, whilst Pep Guardiola also renewed his contract earlier this year. The Spaniard has made it clear that he would like Sterling to remain in Manchester, but is aware that sometimes agreements simply cannot be reached.

Guardiola is quoted by ​ESPN as saying: “

“We’ll do our effort to make him feel we count on him. And we count on him. We arrived after a difficult season [two years ago] and I told him I want to help him and would like him to be happy. 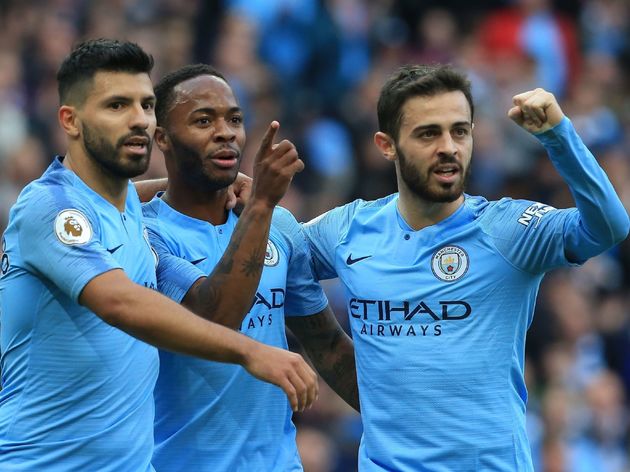 “In the end, the agents may not have agreements and