​Eden Hazard has clarified reports about his future, insisting that he will not leave Chelsea before the end of the 2018/19 season.

​Hazard recently revealed that he was torn between signing a new contract at Stamford Bridge and the allure of a dream move to Real Madrid, who were linked with him during the summer.

“I don’t want to say: ‘Yes, I am signing a new contract’ and then in the end I don’t end up signing. So I will see. Sometimes in my head, I wake up in the morning and think I want to go.”

This led to speculation that ​Hazard could join Los Blancos in the next transfer window. However, reports earlier this week claimed that Real ​had made no plans to sign Hazard in January.

Speaking to ​Sky Sports News, Hazard confirmed that he wanted to move to Spain at some point to give himself a better chance of winning the Ballon d’Or, but said that he would stay at ​Chelsea for the remainder of this season at least. 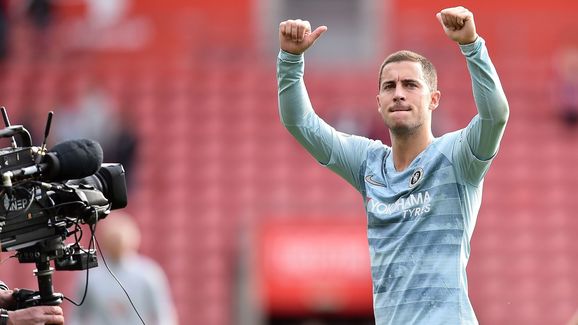 This is a massive boost for Maurizio Sarri’s team, who are joint top of the Premier League after eight matches, thanks largely to the excellent form of Hazard.

In those matches he has scored seven goals and provided three assists, as well as scoring a world-class winning goal against Liverpool in the Carabao Cup.

He also scored twice for Belgium during the last international break and has been called up again for the Red Devils’ matches against Switzerland and the Netherlands this week.