​Gonzalo Higuain has opened up on his move from Juventus to AC Milan in the summer, claiming that the Serie A champions ‘kicked him out’ to make room for superstar signing Cristiano Ronaldo.

The Argentine striker, who made the loan move to AC Milan this summer, claims he didn’t want to leave Juve after two successful seasons, but had an idea he was on the way out as soon as the 2017/18 campaign was brought to a close.

“From the day of the Coppa Italia final I had an idea that something had broken,” Higuain told Gazzetta dello Sport, via ​Football Italia. 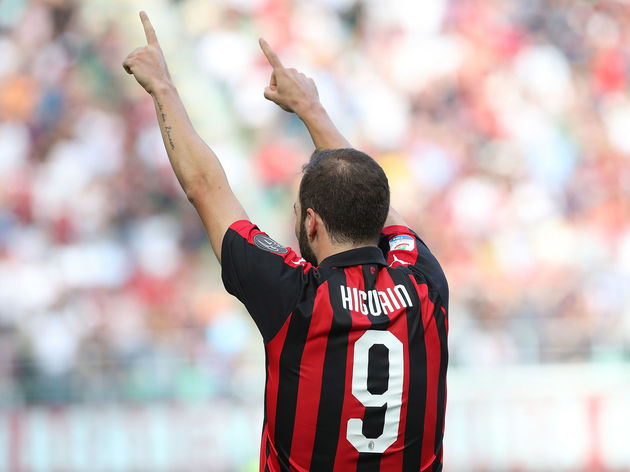 “And then they took Ronaldo. The decision to leave wasn’t mine, I gave everything for Juventus and won a lot of trophies.

“Then Cristiano arrived and the club wanted to make a leap in quality. They told me I couldn’t stay, and that they were trying to find a solution. The best solution was Milan.”

Higuain moved on an initial season long loan, with an option to buy for

Romagnoli: “Milan is a solid club. We will fight for a Champions League spot and do well in the Europa League. This derby is the most technical one in the last few years. Inter has a little more experience than us and play in the Champions League.”

“All derbies have a special flavour,” Higuain added. “It’ll be the same this time, and because it’s my first for Milan it’ll be nice to play in it. We’re waiting with tranquility, concentration and the desire to do well.

“The fact that San Siro will be almost totally on their side will be extra motivation for us. This is a passionate derby, it’s like the one in Madrid.”