Levante took a shock lead when their captain and talisman Jose Luis Morales took advantage of a mistake from Rafael Varane and rounded the keeper Thibaut Courtois with a brilliant first touch and slotted home the opener, after just seven minutes. The quickly day got worse for Madrid when Roger Marti scored a VAR-given penalty. A free-kick was initially given on the edge of the penalty area after Raphael Varane was adjudged to have handled the ball only for the decision to be altered, before Roger scored from the resulting spot kick.

The home side had all of the possession and will argue they were extremely unlucky on the day. They saw three attempts hit the woodwork, as well as having a goal ruled out by VAR and another close offside call disallowing a late goal for Mariano.

​The hosts did eventually pull a goal back to end their long barren run without a goal when Marcelo fired home but it didn’t prove to be enough to avoid extending their winless run to five games.

Another day to forget for Madrid with time rapidly running out for their manager who will be definitely fearing the sack after this one.

Check out our break down of the game below.

While the VAR decisions will be spoke about for days to come, the main talking point from a Madrid point of view has to be the fact they achieved an ​unwanted club record of minutes without scoring a goal. The 55th minute mark came and went without Madrid finding the back of the net meaning Lepotegui will be known as the man that lead Los Blancos to over 7 hours and 45 minutes without a goal – a record that had stood since 1985.

They finally did score in the 72nd minute but the record still stands and will be another talking point from this poor defeat. 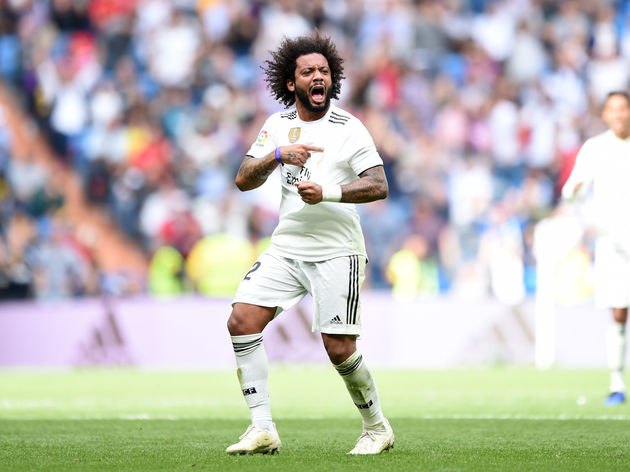 The Brazilian returned from injury and showed what Los Blancos had missed without him in the side.

He was a constant threat down the left hand side for Madrid setting up a number of scoring chances. He also got the goal to get his side back in the game firing home from a Benzema pass with his weaker right foot.

Lopetegui and the Madrid team will be glad to have him the Brazilian back but he couldn’t quite inspire his side enough in this one. There is only one place to look in the game for Levante and that is the assistance they got from VAR. They benefitted twice from corrections to decisions brought by the technology.

Firstly, VAR consultation turned a free kick into a penalty after that Varane handball, before Asensio’s strike was chalked off for offside.

The visitors will certainly be delighted with how the technology worked for them after it helped them earn their second win at the Bernabeu. Morales misses a great chance for 3-1!

Madrid and their increasingly under-fire manager now head into next week’s Clasico without a win in their last five games, and three defeats in the last four.

Lionel Messi and co lie in wait and will be raring to pile even more pressure on their fierce rivals. The question everyone will be asking before that though will be whether Lopetegui will even be in the dugout for that game at the Nou Camp on 28 October.