​Cristiano Ronaldo has taken a swipe back at Isco after the midfielder claimed Real Madrid were not “crying” over his departure, by highlighting his former club’s recent woes on the field.

While Juventus currently sit comfortably atop of Serie A with Ronaldo firing on all cylinders, Real Madrid are languishing under the guidance of 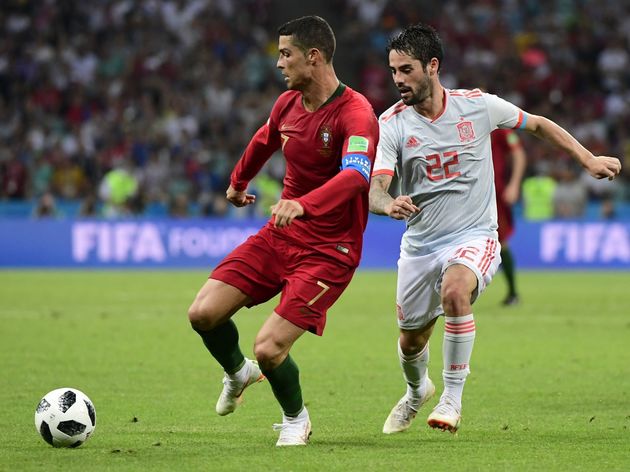 “We can’t be crying over someone who didn’t want to be here.”

Isco’s words were then brought to Ronaldo’s attention during his press conference at Old Trafford, prior to ​Juventus’ meeting with ​Manchester United, and the 33-year-old was equally as blunt in return.

“It’s all right. You can not cry,” Ronaldo said, via ​Marca. “I do not have to talk about other clubs.

“We can’t be crying for someone who didn’t want to be here.”

“Everyone knows the story I had at Real Madrid and what is important tomorrow’s game [against Manchester United]. It’s not for me to talk about the crisis of others.”

Moreover, Ronaldo’s time in front of the media on Monday also saw him ​quizzed on the rape allegations he faces relating to an incident which took place in Las Vegas in 2009, but he looked to dismiss the story and instead highlight the ‘happy’ life he currently leads.